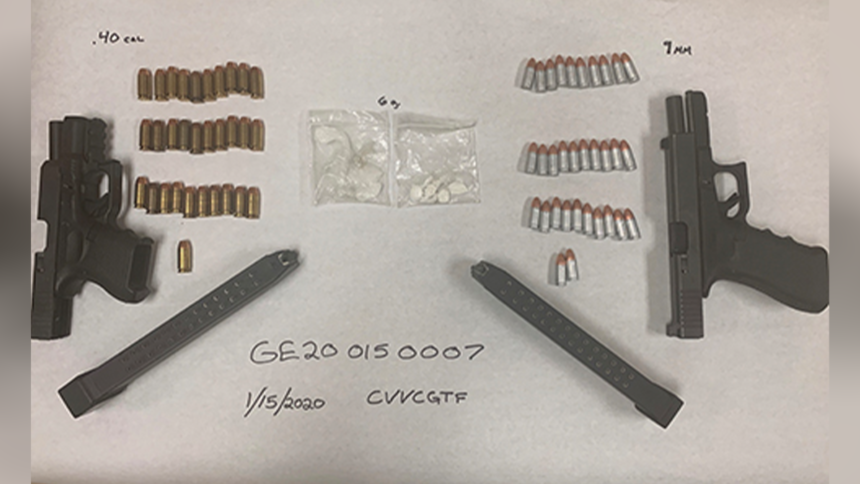 Members of the Coachella Valley Violent Crime Gang Task Force (CVVCGTF) arrested a pair of teenagers in possession of methamphetamine and stolen handguns in Coachella on Wednesday, according to a news release issued by the Riverside County Sheriff's Department.

At 2:30 p.m., CVVCGTF members conducted a traffic stop near the intersection of Fourth Street and Caesar Chavez. During the stop, a vehicle search was conducted, and two handguns, a Glock 9mm, and a Glock .40 caliber, as well as six grams of methamphetamine, were located. An investigation revealed that one of the handguns was stolen.

"The Coachella Valley Violent Crime Gang Task Force is committed to creating safe and secure neighborhoods free of violent crime and gang activity. If you have any information about this crime, please contact CVVCGTF member Officer Davidson at (760) 836-1600," read the RSO release on the incident. "If you have non-emergency information regarding gang activity, please use our online Gang Task Force Tip Form or call 951-922-7601."

Both juveniles were booked into Juvenile Hall in Indio.