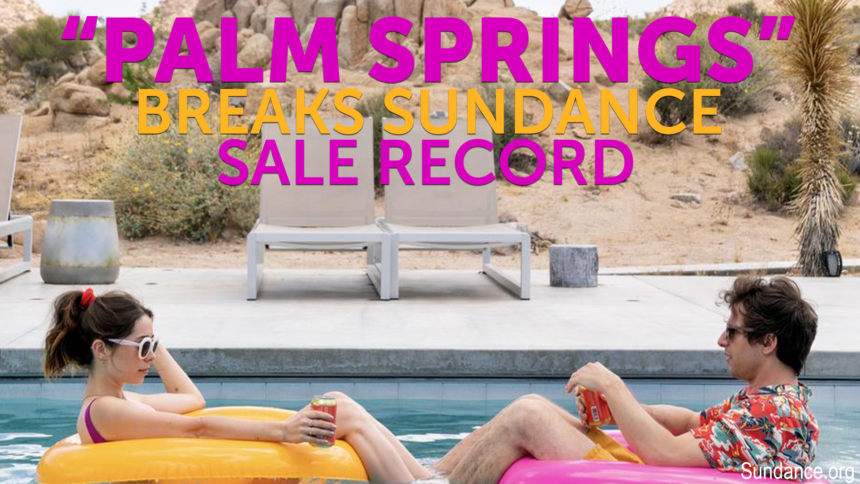 The "Groundhog Day"-esque comedy "Palm Springs," by Andy Samberg and the Lonely Island, has set an acquisition record at the Sundance Film Festival by 69 cents.

The indie distributor Neon and the streaming service Hulu bought "Palm Springs" for exactly $17,500,000.69 in a sale announced Monday evening at the Park City festival. The previous record Sundance sale was the $17.5 million Fox Searchlight paid for Nate Parker's "The Birth of a Nation" in 2016.

In a statement, Samberg and his Lonely Island partners Akiva Schaffer and Jorma Taccone, along with producer Becky Sloviter, joked that the financial terms of the deal were unfavorable.

"We spent over $85 million of our own money on this movie, WE ARE TAKING A BATH on this deal," they said. "We hope Neon and Hulu are happy but we definitely have a lot of explaining to do to our families."

"Palm Springs," directed by Max Barbakow, stars Samberg and Cristin Milioti as a pair of wedding guests who are trapped living the same day over again in the Southern California desert town. The film, one of the most obviously commercial at this year's Sundance, drew acclaim after its premiere Sunday for its clever twist on the "Groundhog Day" premise.

Neon will give "Palm Springs" a theatrical release, with Hulu taking the film's streaming rights. No release date was announced.