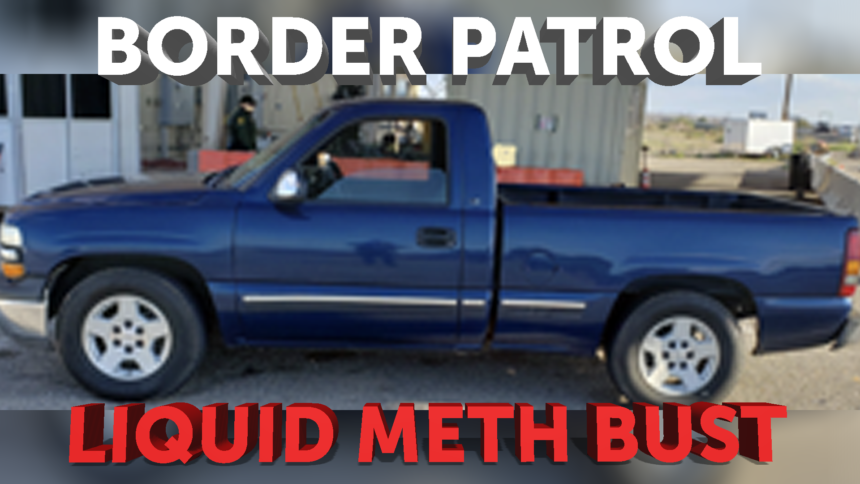 Border Patrol agents halted a drug smuggling attempt and arrested two connected suspects at an immigration checkpoint near Salton City over the weekend, according to the El Centro Sector Border Patrol.

On Sunday at 2:55 p.m., a blue Chevy Silverado pickup truck driven by a 25-old man with an 18-year-old passenger came to the Highway 86 immigration checkpoint by Salton City. A Border Patrol K-9 unit alerted to the vehicle and it was waved along for further inspection.

During secondary inspection, agents found a murky substance within the fuel tank. Testing revealed that the substance had the characteristics of liquid methamphetamine.

The weight and value of the substance have not yet been determined.

“This seizure highlights the importance of our checkpoints. It also speaks to the outstanding work that Border Patrol agents do on a daily basis to keep our country safe and protect communities,” said Gloria I. Chavez Chief Patrol Agent of the El Centro Sector via news release.

The suspects, both U.S. citizens, were transferred over to Drug Enforcement Administration (DEA) custody, along with the methamphetamine and vehicle.

The identities of the suspects were not provided by Border Patrol.