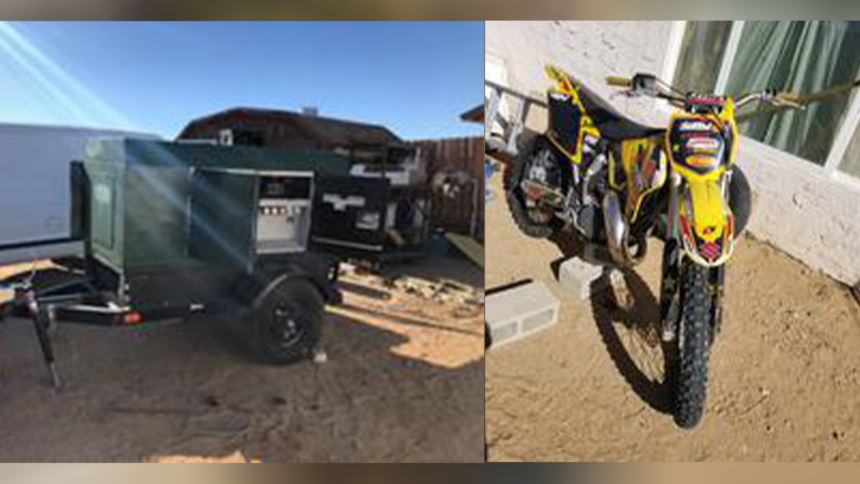 Three suspects were arrested last week in the High Desert on suspicion of a series of thefts, according to the San Bernardino County Sheriff's Department.

According to SBCSD, the property was stolen from United Rentals.

After the initial investigation, a search warrant was served at the residence, and additional property, a panel van, Wacker Neuson tow-behind generator, and other tools and items, were also located. The Sheriff's Department estimated the stolen property's valuation at over $30,000.

Padilla and Anderson were booked in Morongo Basin Jail on $50,000 bail. Chapman's charges are pending as she was transported to an area hospital for the treatment of a pre-existing medical condition.