Four more additions are coming to the desert as the Coachella Valley Firebirds continue to add to their team ahead of their inaugural season.

the #CVFirebirds roster keeps getting better and better 👏

On Thursday the Firebirds announced they are bringing in Luke Stevens, Nick Pastujov, Pascal Laberge, and Hugo Roy. All four are forwards and will look to make an immediate impact on the AHL's new team.

Luke Stevens joins the lineup after tallying 22 points (7 goals, 15 assists) in 31 games for the ECHL’s Adirondack Thunder last season. The Duxbury, MA-native played in 20 AHL contests, 12 for the Wilkes-Barre/Scranton Penguins and eight for the Utica Comets. Prior to turning pro, Stevens played four seasons with Yale University where he racked up 35 points (19 goals, 16 assists) in 101 games. Stevens was a fifth-round draft pick (126th overall) by the Carolina Hurricanes in 2015. Luke is the son of three-time NHL All-Star Kevin Stevens.

Nick Pastujov signs with the Firebirds after spending the majority of the past two seasons with the ECHL’s Kansas City Mavericks. In 97 games for the Firebirds’ new ECHL affiliate, Pastujov recorded 78 points (31 goals, 47 assists). In 2021-2022, Pastujov saw three separate stints in the AHL and skated with the Ontario Reign, Rochester Americans, and Stockton Heat. The Bradenton, FL-native played college hockey at the University of Michigan and was a member of the United States National Team Development Program.

Hugo Roy (WAH) is another former QMJHL standout who joins the Firebirds for their inaugural campaign. Roy spent parts of four seasons with the Sherbrooke Phoenix and took home the league’s Most Sportsmanlike Player award following the 2016-2017 season. Following his junior career, Roy played in the AHL with the Milwaukee Admirals and Belleville Senators, and in the ECHL with the Atlanta Gladiators and Florida Everblades. The 25-year-old has registered 78 points (44 goals, 34 assists) in 145 ECHL games.

The Firebirds will face off for their Home Away from Home Series in Seattle this October against the Abbotsford Canucks and Calgary Wranglers. The four games will take place at three different venues in the Seattle area. For more ticket and matchup information, click here.

Coachella Valley’s inaugural game will take place on Sunday, October 16, 2022, in Calgary against the Calgary Wranglers.

The Firebirds' first game at Acrisure Arena is scheduled to take place on Sunday, December 18, 2022, against the Tucson Roadrunners.

KESQ News Channel 3's group of stations will be your go-to place to watch Firebirds games on television. As the team's partner, we'll bring you exclusive: 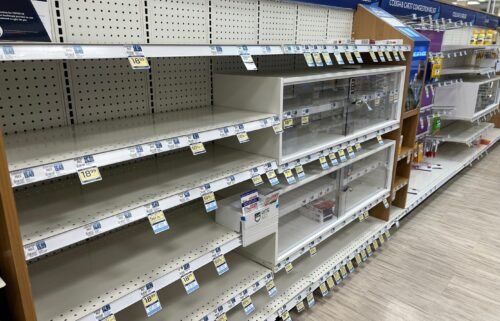