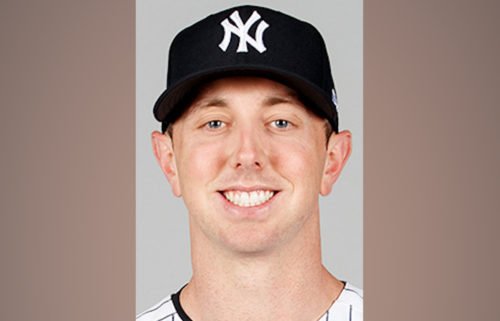 "I just love the adrenaline rush," said Karina Ojeda. "You run and everyone is cheering for you."

Karina Ojeda is the reigning league champion in hurdles. Her only sport -- track and field -- is one she started in elementary school, on a team she created.

"And it was just me on the track team," she said.

"It's funny when she came to La Quinta High School, the story came with her," said hurdles Coach Waters.

"I saw a future in the sport at least further on in my life, and it was something I knew that I wanted to do for longer than just a couple months, so I pushed it forward and then started competing outside of school, and then high school came, and then, here we are," she said.

Ojeda came into high school as a sprinter, but wanted to try something new.

"I got pushed into hurdles and the first day, I just fell in love with it and it was something I wanted to keep doing," Ojeda said.

"Coming in with a reputation of this hungry person to be successful put a little bit of pressure on me to make sure she became a good hurdler, but also it was nice to have that resume coming in as a person who really wants to go after things," said Coach Waters.

And thanks to her work ethic, she excelled.

"It's just her drive and determination to want to get better. She always wants to get better and you can't help but love that as a coach," he said.

"Even when I fail, I just get right back up and I just want to keep going until I get it right, until I perfect it, just even a little bit. Just being on it, and always being on my game is always on my mind," she said.

Her motto - leave it all on the track.

"It's taught me to almost like never give up and kind of just push myself even though it's painful and even though times get rough, I mean, there's always the end of the line, I guess you could say, and it's always going to come to an end. So, it taught me to be strong-minded and strong-hearted," said Ojeda.

Ojeda hopes to continue running in college, even expanding back into sprinting along with hurdles, but first, she's on a mission to defend her league title in her final season.