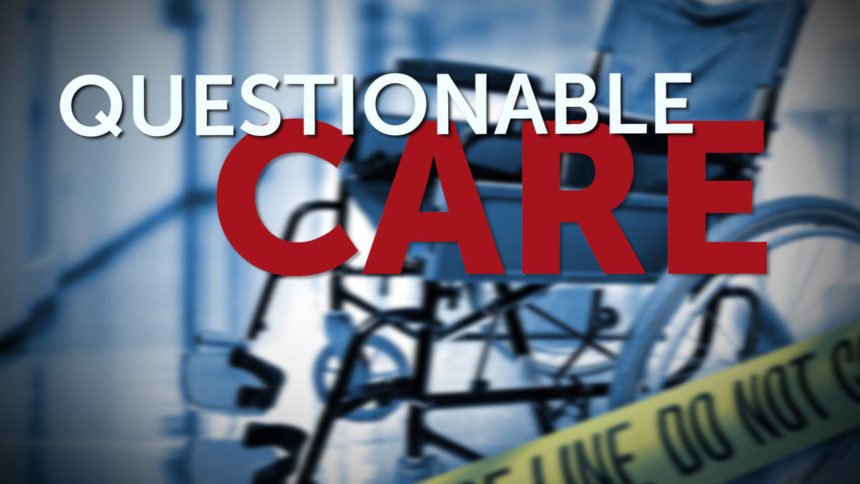 After a number of complaints about the quality of care at local skilled nursing facilities, I-Team Investigator Karen Devine started asking questions and digging deeper to uncover the kinds of complaints and incidents reported to the State.

There are 10 Valley facilities, regulated by the California Department of Public Health or CDPH. Many people utilize these types of health care facilities after surgery to recuperate with the help of medical professionals or for physical therapy, for a short period of time.

Tiffany Barngrover blames ManorCare, Palm Desert for her mother's death. She tells I-Team Investigator Karen Devine, the care was severely lacking and that she constantly went to the nursing station to ask questions and try to get help for her ailing mother.

Barngrover and her niece Madison Erickson spoke out on behalf of their family matriarch, 73-year-old Yolanda McKeon, who suddenly died while rehabilitating at ManorCare in December.

Mckeon went into surgery at JFK Memorial Hospital on December 17th to have a rod put into her leg to support a bad hip.  According to family, after surgery, she was awake, alert and talking.  They say everything changed once she got to manorcare, where she was supposed to receive physical therapy for 3-to-5 days.

The family says in the 6 days before her sudden death McKeon had recurring hallucinations, extremely high blood pressure, she didn't eat, she wasn't given a shower for the first 4 days, she was over medicated, her stomach was distended and she hadn't gone to the bathroom in days.

Barngrover said, "Finally they put a catheter in her and she emptied 400 cc's of urine and her stomach went down."

The family tells Devine a doctor determined the cause of death to be kidney failure from an overdose of magnesium. An official autopsy is still pending.

Devine left several phone messages for the facility administrator at ManorCare, Palm Desert. She even went to the facility to see if someone would talk to her face to face and answer some questions.

ManorCare wouldn't comment on the death but did respond to what we found next. We looked up the number of complaints and recorded incidents against the Palm Desert Facility.

ManorCare's corporate office says they address issues as quickly as possible. They sent us a written response, which reads in part:

"Quality care is of paramount concern to ManorCare and we work hard to ensure its delivery to our residents."

While the allegations against ManorCare that Devine found on the State's website are concerning, most were found to be unsubstantiated. That doesn't mean they were untrue it means there was not enough evidence to support the claim.   All 10 facilities in the Valley have received complaints, including Brookdale, located in Rancho Mirage. In fact, their complaints skyrocketed in 2018.

Brookdale had 73 complaints compared to the state average of 9!  The year before in 2017 they had 15.

Devine called the facility's administrator to find out why the number of complaints had changed for the worse in just one year. She was told there has been a lot of turnover.  The administrator needed permission to speak on the issue further and said she would call Devine back.  As of the air date of this story, still, no call back.

We checked the records of all 10 skilled nursing facilities in the Valley.

The Fountains at the Carlotta in Palm Desert has one of the lowest number of complaints for their facility size.

In 2017 they were below the state average with 9 reported complaints or incidents. In 2018, they had even fewer with 7.

Sales Director, Molly Quigley says, "We really have some truly amazing caring people that really make this community a place where residents can thrive and do their very best to get to their fighting shape."

Quigley went on to say. "If we do have an issue and situations arise we do our very best as a team here at The Fountains at the Carlotta to address them, solve them and put things in place so they do not happen again."

Devine spoke with a former patient of the "Carlotta" who said he opted to recover from his double knee surgery there because it was close to home and he heard good things from friends.

"It was basically a hospital type of care, not as many people, not looking after everything you might need in an intensive care unit at a hospital, however, anything I needed it was there," said George Kemptner.

There are multiple ways to research skilled nursing facilities.  For this story Devine utilized the California Department of Public Health website. You can file a complaint that will go directly to the State. It also allows you to look closely at each facility, giving you information on complaints, facility self-reported incidents, state enforcement actions, and survey deficiencies. You can also research what kinds of complaints or incidents were reported, and if they were found to be substantiated by the State.

Here are some other places to look for information on Skilled Nursing Facilities: 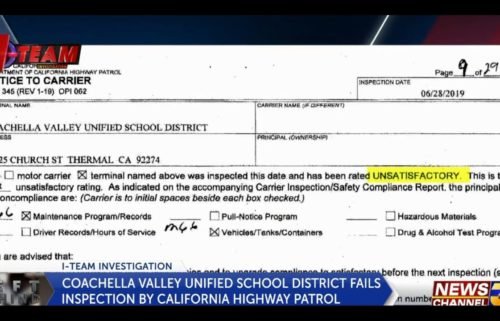