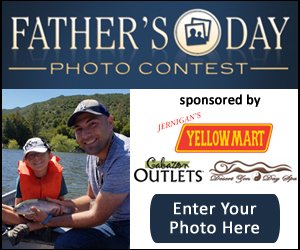 Like most folk traditions, the creation of Father's Day had its growing pains. It took 57 years from conception to official acceptance of the day to honor America's fathers.

Father's Day is acknowledged to be the idea of Sonora Louise Smart Dodd. Her father, William Smart, was a farmer and Civil War veteran from eastern Washington State. His wife died giving birth to their sixth child, and Smart became a devoted single dad.

While listening to a Mother's Day sermon in 1909, Smart's daughter, Sonora, was struck by the idea that her selfless father, and others like him, also deserved a special day. She chose his birth month of June for the holiday. Sonora Louise Smart Dodd presided over the first Father's Day celebration in Spokane, Wash., on June 19, 1910.

The Lions Clubs of America makes its own claim on establishing the holiday.
Harry C. Meek, president of the Lions Club in Chicago, toured the United States, giving speeches expressing the need for a day to honor fathers. In 1920 the Lions Clubs of America presented him with a gold watch, with the inscription "Originator of Fathers' Day."
In 1926 a National Father's Day Committee was formed in New York, and President Calvin Coolidge supported making Father's Day a national holiday.

Congress passed a Joint Resolution recognizing Father's Day in 1956, but it took another decade to become official. In 1966, President Lyndon Johnson proclaimed Father's Day a national holiday to be celebrated on the third Sunday of June.