In just less than two weeks, the US recorded its five deadliest days since the Covid-19 pandemic’s start — with more than 4,000 virus-related deaths reported Thursday.

The nation’s total Covid-19 death toll has now climbed to more than 365,300, according to data from Johns Hopkins University. And another nearly 115,000 people could lose their lives over the next four weeks, according to projections from the University of Washington’s Institute for Health Metrics and Evaluation.

In other words, even though the US is working to distribute vital Covid-19 vaccines — a process criticized as being too slow — the pandemic is not yet showing any signs of slowing down. Rather, across the country, states are reporting increases in numbers.

California reported more than 1,000 Covid-19 deaths in just two days and hospitalizations are at record-high levels, with nearly 23,000 patients admitted with the virus.

In Los Angeles County, one person now dies of Covid-19 every eight minutes.

Arizona’s top health official said Thursday that “coming out of the Christmas holiday,” the state’s Covid-19 numbers are inching upward.

“Cases and percent positivity are rising, as are inpatient and intensive care unit beds occupied by those with Covid-19. Regrettably, deaths from Covid-19 follow these trends,” Dr. Cara Christ, director of the state’s Department of Health Services, said in a video message.

And while vaccinations are now several weeks in, it will be months before they’re widespread enough to make a meaningful impact in the pandemic’s course, experts have warned.

The vaccine rollout will need a couple weeks to catch up to earlier projections, Dr. Anthony Fauci said Thursday. But if that doesn’t happen, changes will need to be made.

“I think it would be fair to just observe what happens in the next couple of weeks,” he told NPR. “If we don’t catch up on what the original goal was, then we really need to make some changes about what we’re doing.”

“We just need to give a little bit slack — not a lot — but enough to say, well, we’re past the holiday season, now let’s really turn the afterburners on,” he added.

More than 21.4 million doses had been distributed and more than 5.9 million people had been administered their first doses across the country as of Thursday morning, according to the US Centers for Disease Control and Prevention.

Federal officials had said 20 million people would have received first doses by the end of December.

“We overpromised and underdelivered as a nation,” Dr. Steven Stack, commissioner of the Kentucky Department for Public Health, said Thursday at a briefing sponsored by the Association of State and Territorial Health Officials. “We only got a third of what we thought we were going to get based on the initial modeling.”

“Had we just projected realistic quantities, the public wouldn’t have seen this as a shortcoming — we would have recognized it for the incredible accomplishment it was to have even this much vaccine this fast,” Stack said.

Other health leaders said states need more money and more staff in order to be able to administer the vaccines fast enough.

Pennsylvania Secretary of Health Dr. Rachel Levine said states, cities and territories had been given just $340 million to build the infrastructure for vaccine rollouts up until the end of the year.

The money will be “critical for several aspects of our response,” Levine added, including contracting with companies to do community vaccine clinics.

Meanwhile, more states now say they’ve found cases of the Covid-19 variant first detected in the UK — making for more than 50 known cases across the country.

Harris County, Texas, health officials said Thursday they found a case in a man between 30 and 40 years old with no travel history — something that implies the variant has been circulating locally.

Other states that have confirmed cases of the variant include California, Florida, Colorado, Georgia, New York and Pennsylvania.

Connecticut Gov. Ned Lamont also announced the state’s first two cases, in individuals between the ages of 15 and 25 that had recently traveled outside the state, one to Ireland and the other to New York.

But there are some good news: experts have said the Covid-19 vaccines are likely to protect against the variant.

And a new study provides early evidence that the Pfizer vaccine may be effective against two new Covid-19 strains, identified in South Africa and the UK, despite a concerning mutation.

Researchers made a version of the virus that carries the mutation in a lab and tested it against blood taken from 20 people who have received two doses of the Pfizer vaccine as part of a clinical trial.

In research posted online Thursday, they said they found “no reduction in neutralization activity” against the mutated virus.

The study — conducted by researchers at Pfizer and the University of Texas Medical Branch — does not test the full array of these mutations and has not been peer-reviewed.

One team of researchers found that more than half of Covid-19 cases may have been transmitted by people not showing symptoms. It’s a model — not a real-life study — but based on data from eight studies done in China, about 59% of all transmission came from people without symptoms, the researchers said.

“Across a range of plausible scenarios, at least 50% of transmission was estimated to have occurred from persons without symptoms,” the team wrote in the journal JAMA Network Open.

A separate study found counties where large colleges and universities opened for in-person classes in the fall suffered a significant rise in the incidence of Covid-19.

Within three weeks of colleges or universities opening to in-person instruction, counties that were home to these institutions “experienced a 56% increase in incidence,” CDC-led researchers wrote in the agency’s weekly report.

Meanwhile, incidence decreased by 5.9% in counties without large universities and by 17.9% in those with universities that held remote classes, they found.

Throughout the course of the pandemic, many universities struggled in their response to the virus, some opting to begin the fall semester with in-person classes and converting to remote after a rise in infections, while others attempted to control spread of the virus by prohibiting events like parties and student gatherings.

In Arkansas, fraternity and sorority gatherings and activities were linked to hundreds of Covid-19 cases at a university, a new report found.

The study, published in the CDC’s Morbidity and Mortality Weekly Report, described more than 960 confirmed and probable cases at an unnamed university in the state — 97% of which were in people aged 18 to 24.

Researchers from the state’s health department and the CDC said 54 gatherings were linked to cases at the university and more than 90% of those events involved sororities and fraternities. 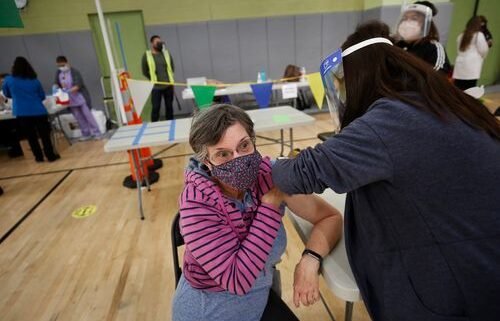 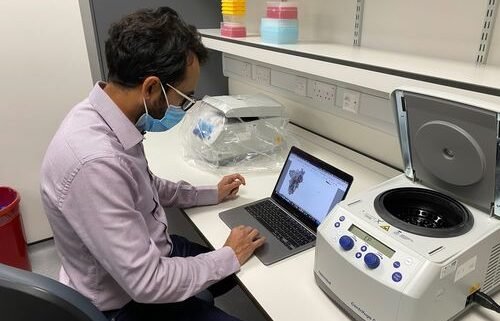