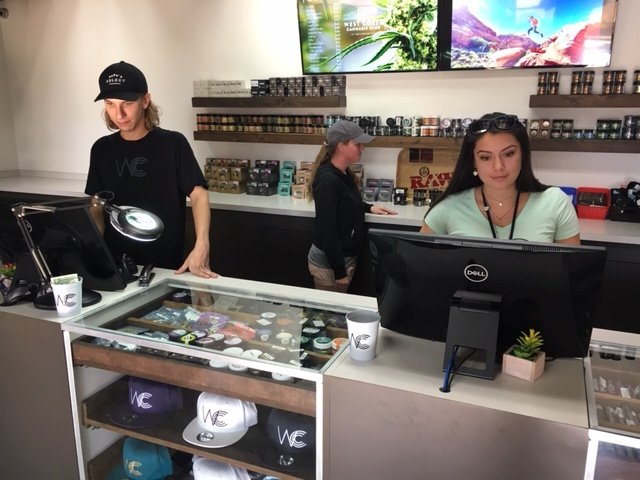 Kenneth Churchill,the owner of West Coast Cannibus Club, with locations in Cathedral City and Palm Desert, talked about a roughly 11 percent increase in excise taxes he and other retailers will soon be paying to the state when buying cannibus to sell their customers.

"The barrier to entry and the amount of obstacles we have to do in order just to be regulated and in compliance is already very difficult and expensive," said Churchill.

The tax increase, beginning January 1st, is the result of a legally required twice yearly review of the retailer "markup" in the state cannibus market.

The review is performed by the Caifornia Department of Tax and Fee Administration.

In a nutshell, when markups increase for retailers, the state, by law, is required to increase the excise tax.

"We absolutely understand sympathize with the industry's concerns about the violatility that raising the markup creates in the markeplace, especially at a time when conditions are challenging," said Trista Gonzalez, Tax Policy Bureau Chief at the California Department of Tax and Fee Administration.

To illustrate, a licensed retailer currently pays $12 in excise tax when purchasing $50 dollars worth of pot from a wholesaler.

Churchill says because his business is doing well, he is not planning to pass along his increased tax costs to his customers.

But, says most other retailers are not in the same position.

Churchill and other industry experts expect most other retailers will be passing increased cannabis costs along to their customers.

"I think it's going to be difficult if the California government continues to decide that tax raises are the best for them to create revenue. I think letting business be successful is the best thing we can do for the cannabis industry at the moment," said Churchill.

Customers at shops we visited didn't want to comment on camera.

But in most cases, said they don't anticipate changes in their consumption habits.

For valley cannibus customers, Churchill says total taxes paid at retail won't vary according to which desert city where the product is purchased.

Churchill says the tax on each product is "baked in" to the sales price, with the tax making up 34 to 40 percent of the purchase price.