In a fiery defense of his reputation Friday night, embattled Florida Rep. Matt Gaetz showed how former President Donald Trump’s brash, defiant politics now serve as the template for survival for the most unwelcome figures in a Republican Party that’s out of power in Washington and desperately trying to reposition for 2022.

He followed in the footsteps of the former President, blaming “cancel culture” for his troubles, fashioning himself as a crusader for the principles that Trump espoused and vowing that he was “built for the battle” while addressing the “Save America Summit” held by Women for America First at Trump National Doral in Miami.

Gaetz is facing a federal investigation into sex trafficking allegations and on Friday, the House Ethics Committee said it was opening an investigation into allegations surrounding him. His Friday evening performance — his first public appearance since news of the federal investigation broke last week — was yet another distraction for the Republican Party as top GOP leaders and donors descend on nearby Palm Beach this weekend for their spring meeting, which is a chance to regroup and reshape their message after losing control of the White House and US Senate and are still relegated to the minority in the US House.

The Florida congressman has strongly denied all allegations, and no charges have been brought against him. But few GOP members of Congress have rushed to defend him. At the same time, Illinois Rep. Adam Kinzinger, a longtime critic of Trump, is the only congressional Republican who has called on Gaetz to resign.

Despite Gaetz’s loyalty to Trump, the former President has largely stayed away from the controversy in public, only weighing in after The New York Times, CNN and others reported this week that Gaetz sought a preemptive pardon. A Gaetz spokesperson denied to the Times the pardon request was related to the Justice Department investigation. After the news broke, Trump issued a brief statement. “Congressman Matt Gaetz has never asked me for a pardon,” Trump said. “It must also be remembered that he has totally denied the accusations against him.”

At a time when the GOP is trying to regain its footing to fight President Joe Biden’s increasingly liberal agenda and deal with the corporate blowback to legislation like the restrictive new voting law passed by the Republican-controlled legislature in Georgia, Gaetz has distracted from that work by taking a page from Trump’s playbook, often characterized by the refusal to apologize and an eagerness to blame others even when that logic makes no sense. Gaetz framed his problems Friday as a product of his willingness to stand up to leaders of both parties and to “the swamp” in Washington, DC.

“Let me assure you, I have not yet begun to fight,” Gaetz said. “I’m built for the battle, and I’m not going anywhere. The smears against me range from distortions of my personal life, to wild — and I mean wild — conspiracy theories.”

Positioning himself as a champion for Trump’s “America first” agenda, he added that he wouldn’t be intimidated by “lying media” and again said he was a victim of extortion — a claim he trotted out on Fox News last week after the investigation became public. Standing in front of the Trump club, he used many of the same phrases that the former President adopted when both his personal and professional conduct has been under scrutiny.

“I may be a canceled man in some corners. I may even be a wanted man by the deep state,” Gaetz said. “But I hear the millions of Americans who feel forgotten, canceled, ignored, marginalized and targeted. I draw confidence knowing the silent majority is growing louder by the day in this great country.”

A distraction for a party out of power

Gaetz is just one member of the GOP — but his jaw-dropping speech was yet another example of how the Republican Party is still in the thrall of Trump, unable to move beyond his tactics and obsessions as they strategize about how to win in 2022.

As they meet this weekend to craft the message for 2022 and 2024, it is striking how much the party is still fighting the last battle — defined by its embrace of Trump’s false conspiracy theories about voting and the 2020 election, which have morphed into the hundreds of bills in state legislatures that would make voting harder. Those efforts are sure to come up Saturday night when Trump will serve as the marquee speaker at a Mar-a-Lago event as part of the Republican National Committee’s spring meeting.

After Trump’s tumultuous tenure in the White House and his role in inciting the January 6 insurrection at the Capitol, there are clear warning signs that the GOP message is failing to resonate or even break through as the party shapes its agenda headed into the midterm elections.

President Joe Biden has maintained strong approval ratings and his Covid relief package proved popular with voters despite solid opposition from congressional Republicans. In polling in the first quarter of 2021, Gallup also found that an average of 49% of US adults now identify with the Democratic Party or said they were independents who lean toward that party, compared with 40% who said they were Republican or Republican leaners. That was the largest gap since the end of 2012; Democrats’ advantage has typically been between 4 to 6 percentage points.

While Republicans like Senate Minority Leader Mitch McConnell and Wyoming Rep. Liz Cheney, the No. 3 House Republican, criticized Trump’s conduct in the run up to the insurrection, there is little indication the party is showing less tolerance for the conspiracy-filled politics that have served as the model for visible GOP figures like Gaetz and Georgia Rep. Marjorie Taylor Greene.

The House Ethics Committee’s announcement that it was looking into potential misconduct by Gaetz added another layer of jeopardy to his situation.

“The Committee is aware of public allegations that Representative Matt Gaetz may have engaged in sexual misconduct and/or illicit drug use, shared inappropriate images or videos on the House floor, misused state identification records, converted campaign funds to personal use, and/or accepted a bribe, improper gratuity, or impermissible gift, in violation of House Rules, laws, or other standards of conduct,” Ethics Chairman Ted Deutch, a Florida Democrat, and ranking Republican member Jackie Walorski, an Indiana Republican, said in a joint statement Friday.

In response, Gaetz’s office told CNN that the “allegations are blatantly false and have not been validated by a single human being willing to put their name behind them.”

CNN has previously reported that federal investigators have been examining allegations that Gaetz had sex with an underage girl who was 17 at the time and with other women who were provided drugs and money in violation of sex trafficking and prostitution laws. Investigators are also trying to determine whether Gaetz was provided travel and women in exchange for political favors as part of a broader probe, people familiar with the investigation tell CNN.

The House Ethics Committee alluded to a CNN report last week that Gaetz allegedly showed off to other lawmakers photos and videos of nude women he said he had slept with, including while on the House floor. Multiple sources, including two people directly shown the material, said Gaetz displayed the images of women on his phone and talked about having sex with them.

But in classic Trumpian fashion, Gaetz distracted from those allegations Friday evening, devoting much of his speech to his efforts to spot the potential of women on his staff as he said he elevated them to more prominent roles.

On Saturday, Gaetz’s office released a lengthy statement attacking Georgia Democrats over the corporate backlash to the new law, which misspelled their names, and hitting Biden for his handling of the border crisis. It didn’t mention the allegations against the congressman.

It was, yet again, a master class in deflection, one likely to impress the former President, who still holds sway over a party trying to chart its course without him in the White House.

This story has been updated with a statement from Gaetz’s office. 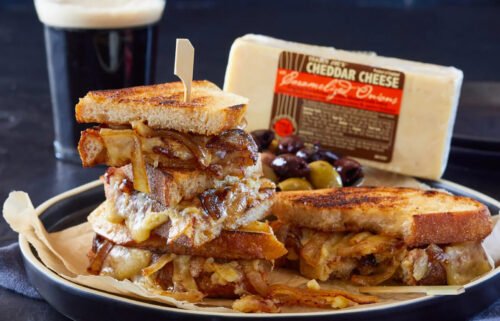