Micron on Tuesday said it would invest up to $100 billion over the next two decades to build a massive semiconductor factory in upstate New York. The move comes in the wake of US government efforts to boost domestic chip production.

The Idaho-based firm said it plans to build the “largest semiconductor fabrication facility in the history of the United States” in Clay, New York. Micron said the new facility, about 15 miles from Syracuse, will create nearly 50,000 New York jobs over the next two decades.

The initial investment of $20 billion is planned “by the end of this decade,” the company said. Site preparation work will start in 2023, with construction slated to begin in 2024 and production output expected to “ramp up in the latter half of the decade, gradually increasing in line with industry demand trends,” according to the company.

Shares for Micron rose nearly 5% Tuesday after the news was announced.

In August, President Joe Biden signed into law the CHIPS and Science Act, which aimed to boost American chip manufacturing with a more than $200 billion investment over the next five years. The package included some $52 billion for chip manufacturing and research, providing companies incentives to build, expand and modernize US facilities and equipment. The legislation aimed to lessen a US dependency on offshore chip production from Asia, and came in the wake of a global shortage of these building blocks required for smartphones, autos and computers.

In a statement Tuesday, Micron President and CEO Sanjay Mehrotra said he is “grateful to President Biden and his Administration for making the CHIPS and science Act a priority.”

“This historic leading-edge memory megafab in Central New York will deliver benefits beyond the semiconductor industry by strengthening U.S. technology leadership as well as economic and national security, driving American innovation and competitiveness for decades to come,” Mehrotra added. (A fab refers to a semiconductor fabrication plant).

The company said that the $5.5 billion in incentives from the state of New York over the life of the project, alongside anticipated federal grants and tax credits from the CHIPS and Science Act, “are critical to support hiring and capital investment.”

New York Governor Kathy Hochul touted Micron’s investment in a statement, saying it “marks the start of something transformative in scale and possibility for our state’s economic future.” She added that this investment, which is the largest private-sector investment in state history, will help “usher the state into another Industrial Revolution.”

Getting new semiconductor factories up and running in the US can take years. Ahead of the CHIPS legislation, the Taiwan Semiconductor Manufacturing Company committed at least $12 billion to build a semiconductor fabrication plant in Arizona, with production expected to begin in 2024.

Intel announced plans to build a $20 billion semiconductor manufacturing plant in Ohio at the beginning of the year, but then warned that this project could be delayed if lawmakers did not pass the CHIPS legislation. Groundbreaking for the new Intel chip plant took place just last month. Biden traveled to Ohio to celebrate the occasion. 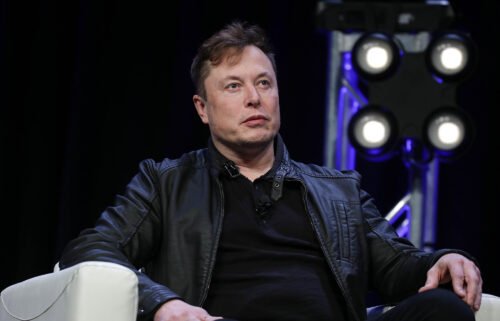