PALM SPRINGS – In April 2008, Palm Springs resident Mickiey Brown Hatley was walking near Rosa Parks Road in the north end of town when she saw something confusing and frightening.

What Hatley saw was agroup of men dressed in hazardous material suits, pumping something out of the ground.She also saw asbestos warning signs and trucks loaded with barrels full of hazardous waste.

Hatley asked what was going on but one of the workers told her to leave.

She is among a group of residents who believe something’s wrong with that part of town. They say dozens, if not, hundreds, of residents are getting very sick.

From young to old, rich to poor, Hatley says most of ill-stricken start with severe breathing problems then move to cancer.

They took their concerns Friday to Palm Springs City Hall looking for answers.

“We’re angry that this has taken place in our community at taxpayers expense not to properly notify us especially on those conditions that has to do with our health and our children,” Hatley said Friday.

The residents, most of who live in the Highland Gateway neighborhood, believe anold Army base might be the cause.

Despite the fact the Palm Springs Historical Society says the base wasn’t close to the Gateway area, residents say weapons may have leaked toxic chemicals.

“Weapons and the soldiers were here,” said resident Leona McCab. “And I suppose it was leftover stuff like bombs that still appear in the Desert.”

Hatley pointed out mold and waterspots in the ceiling.Debris was also seen on the floor during a tour of the facility.

Palm Springs City Manager David Ready said the center was remodeledtwo years ago, with no asbestos found inside.

He also said the group apparently affected hasn’t made any attempt to contact them or their neighborhood organization.But Hatley says that’s not true.

A lawyer filed a government claim for Hatley and her husband. The Orange County attorney is also investigating the group’s claims with the possibility of others might also filing civil suits to Superior Court. 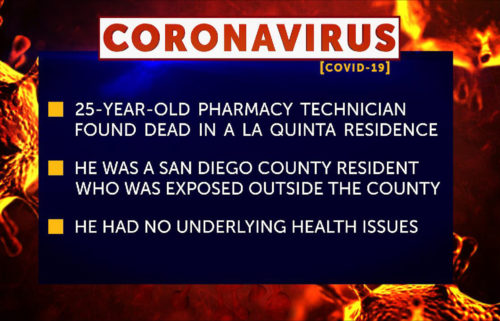 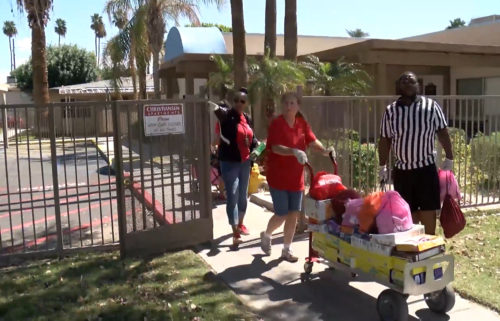