A Hate Crime in Palm Springs has police looking for suspects in the early Monday morning assault with a deadly weapon.

Four men were minding their own business when they walked into the I-Hop restaurant. Authorities said four Hispanic started hurling verbal insults at them almost immediately after enter the building.

“Some of the things that the suspects were saying to the victims,” said Rhonda Long, with the Palm Springs Police Department. “The slurs and whatnot were geared towards their sexual orientation.”

The victims were perceived to be gay, according to authorities.

The verbal assault then turned violent when the suspects started throwing various restaurant items like utensils at the victims.

“Then one of the victims was cut by flying glass,” said Long.

His injuries were not considered life threatening. The suspects ran away before police arrived.

“If it’s a hate crime, then the four people who attacked him should pay the price,” said Larry Bitonti, owner of Hair of the Dog English Pub in Palm Springs.

If caught, the suspects could be charged with an assault with a deadly weapon.

If charged with a Hate Crime on top of that, the suspects could be looking at extended jail sentences.

Bitonti said criminal activity like this case is unacceptable.

“You accept people as they are,” he said. “A jerk is a jerk and a good person is a good person. It doesn’t depend on what their lifestyle is.”

Authorities said finding the suspects is priority number one.

“They attacked somebody (and) it’s called assault,” said Bitonti. “They did battery which is to hit someone and they should pay the price.” 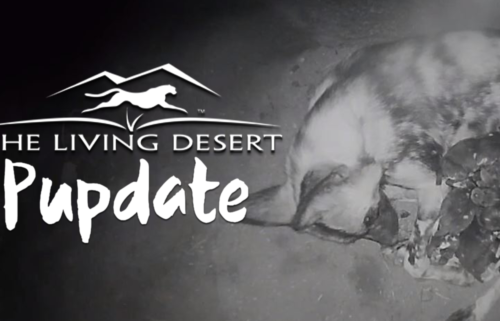