A woman charged in the felony hit and run death of 16-year-old Zia Hoyos in May of 2012 won’t serve any jail time. Desert Hot Springs resident Heather Marie Brents, 31, pleaded guilty on Tuesday, but only received three years of probation due to a plea bargain.

If Brents violates the terms of her probation, she will serve four years in prison, Riverside County Superior Court Judge Dale Wells said.

Brents’ 70-year-old father, Russell Ted Stienecker, pleaded guilty to a misdemeanor accessory count for covering up the crime and was given a two-year probationary term.

According to a declaration filed by Palm Springs police Officer Stephen Woodward in support of an arrest warrant, Brents “drank herself to blackout” while celebrating with friends. She dropped off her companions, then struck the teenager on North Gene Autry Trail, north of East Via Escuela, while on the way home at about 1:35 a.m.

Brents stopped several hundred feet down the road, didn’t see anything because it was dark and went home, according to the declaration. Later that morning, she noticed damage to the front of her vehicle and panicked when she saw news reports about the girl’s death, Woodward wrote.

Officer Eric Goya wrote in another declaration that Brents told her father, the registered owner of the Toyota Tacoma pickup she was driving that night, that “she believed she was responsible for killing the girl on the news.”

Stienecker removed the truck’s damaged front grille and covered the vehicle with a tarp, according to Goya.

Neither called police, according to the officers.

A friend of Brents told police a few weeks after the crash that one of her friends may have struck the girl, according to Woodward, who said Brents later told investigators she remembered hitting something.

Police found a piece of a Toyota Tacoma at the scene.

According to court records, Stienecker has no criminal record in Riverside County. Brents pleaded guilty to a misdemeanor embezzlement charge in 2009, and had finished probation for that crime shortly before the crash.

Brents and Stienecker were arrested nearly a year after the crash.

Zia Hoyos’ mother, Senta Florez, launched a petition on change.org calling on local and state leaders to create stiffer penalties for hit-and-run drivers shortly after her daughter’s death. Hundreds have shown their support on social media.

The teen’s loved ones hope it will gain momentum and make it to a ballot measure. If it does go through, the family wants to call it “Zia’s Law.”

KESQ and CBS Local 2 met with Senta Florez when she was introducing the petition. She said, “I want her [Brents] to get the max penalty, which is only four years. It’s disgraceful. And her father [Stienecker], three years. I cannot believe he would cover up a death,” said Florez.

“This whole thing is disgusting, what it is, bottom line, is breaking the law and not being accountable for it,” said Zia’s aunt, Marie Espejo. “She didn’t stop. She kept going and tried to keep it a secret. For that, give them more time,” said Espejo. “We’re hoping it gets signed then passed so people in the future who go through this don’t have to suffer. It’s a horrible feeling.” 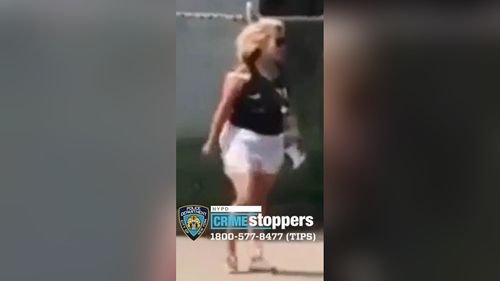