The bill, authored by State Senator Scott Wiener, would create a pilot program which would allow 10 cities, three in the desert, to extend last call at bars to 4 a.m.

The following cities would see a change under the bill:

Assemblyman Chad Mayes became a co-sponsor of the bill on March 25.

In an interview with News Channel 3, the assemblyman representing the 42nd District explained his rationale behind becoming a co-author.

“I believe that there are issues that should be left up to the locals. I believe in local governance, local decision-making,” Mayes said. “And when one of my cities in my assembly district thought that it would be important to be able to expand it, it makes a lot of sense to me.”

Then, Governor Jerry Brown vetoed it.

In a tweet celebrating the bill’s passage through the Senate, Wiener emphasized that the bill would not automatically impose the new last call on the cities, it would open up the door to the option.

Mayes said that although he hadn’t spoken to representatives from Coachella, Cathedral City, and Palm Springs recently, he knew that Palm Springs had previously embraced the bill. The Palm Springs City Council voted unanimously to be a part of the bar bill program.

“If the bill is signed into law, then it will come back to the city. We’ll discuss it in a council meeting, we’ll get public input, we’ll meet with the restaurants and bars and resident groups and business groups to get input,” Palm Springs Council member Geoff Kors said in July. Then we’ll make a decision if we want to do it, and if we do, how we want to implement it.”​​​​​​​

The bill is now in the Assembly. 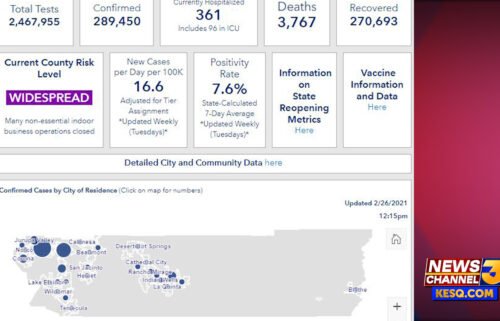