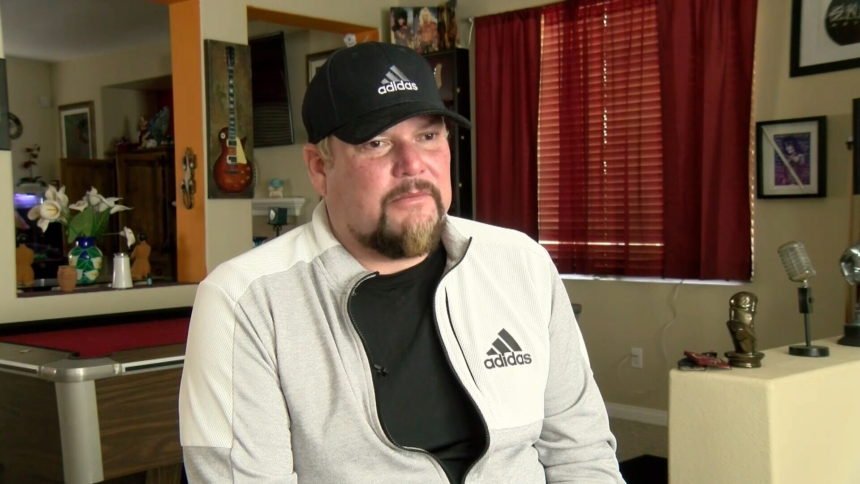 Gregory Jenkyns is a former security guard for the Beaumont Unified School District.

He's been on medical leave for months after being struck by lightning at the school back in May.

The rare experience, turning out to be even more uncommon for someone to survive a lightning strike.

"Thank God I was wearing leather gloves. It hit the glove and everything just tightened up," Jenkyns said. "All my muscles contracted and it felt like my heart stopped."

Video from that day shows a hail storm at Mountain View Middle School in Beaumont, where Jenkyns worked at the time.

He says the pain was excruciating, especially in his hands. Fast forwards his symptoms including headaches and carpal tunnel.

"I drop everything. When I’m driving, my hands cramp. I have to keep switching," Jenkyns said.

Jenkyns went on medical leave. He says teachers, students and school staff all reached out to him to see how he was doing. Within a flash, that all stopped.

"Immediately everybody was all concerned. And just little by little they just started investigating, people following me," Jenkyns said.

He says the insurance company interviewed a teacher and another security guard who witnessed the incident after Jenkyns was put on workers comp.

He says he was on probation at the time, for starting a new position with the district even though he had worked there for about 5 years.

About 2 weeks ago, Jenkyns says the district notified him to come in and bring a union representative if he wanted. He was let go.

“She handed me a paper saying that the district is releasing me and I looked at her and go, 'but why'? I go, 'I’m on workers comp. I haven’t even been back to work.' She goes, 'we’re releasing you because you’re not a “fit.'"

Jenkyns says human resources told him it was an HR decision. He also did not bring a union rep because apparently, he was not paying his union dues.

“I’d never signed a paper saying I declined it. I’ve never said I don’t want the union. To me I thought they were taking [payments] out."

We reached out to the Beaumont Unified School District for a response. They released a statement saying:

“Mr. Greg Jenkyns is no longer employed by the Beaumont Unified School District. Due to employee confidentiality laws, we cannot share further information.”