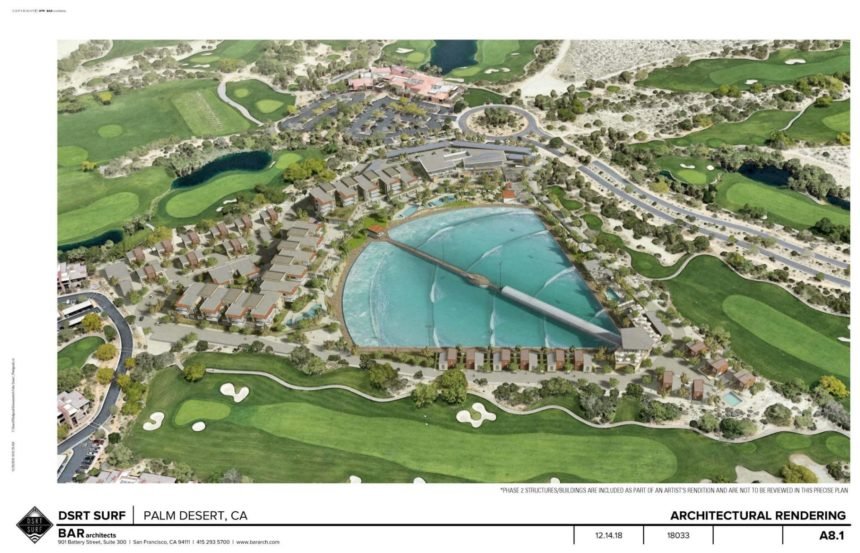 Palm Desert City Council is set to discuss the details of a proposed plan for "DSRT Surf," the manmade surfing oasis slated for Desert Willow Golf Resort on Thursday.

It’s an 18-acre development that would feature not only a surf lagoon and wave machine, but also a surf center -- including retail, restaurant space, two hotels and villas for sale.

The project passed the planning commission 3-0, with two commissioners recusing themselves due to conflicts. And now, it’s heading to city council for approval. On Thursday, we’re told they’ll be reviewing a specific plan for the park, which includes 350 hotel rooms and 88 villas. The environmental impact and cost will also be brought up.

Since the meeting is public, residents are welcome to express their support or concerns. Previously, residents nearby have told News Channel 3 they are concerned with possible light and noise pollution, as well as the amount of water the park would utilize.

If the project gets approval, construction could begin mid-next year with the potential to open in 2022.