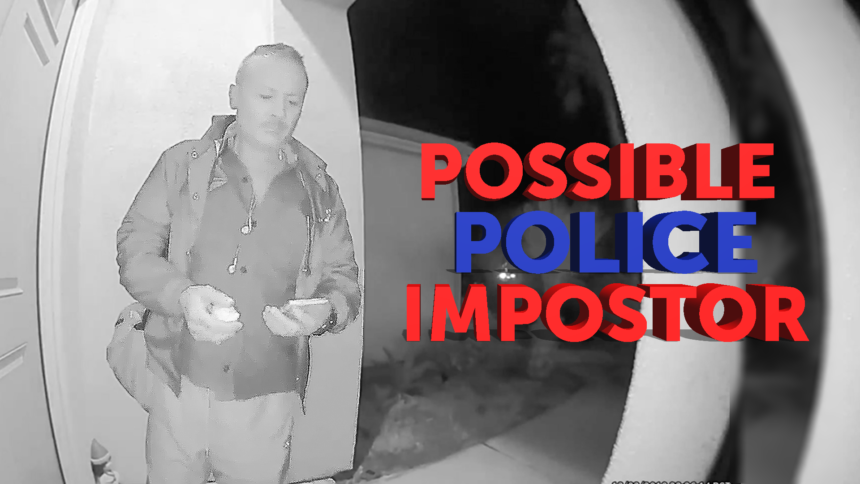 On Tuesday afternoon, the Cathedral City Police Department issued a warning of a possible law enforcement impersonator lurking in the city.

On Monday night, a Cathedral City resident sent CCPD video footage from a Ring doorbell camera of a man who went to the front door of the residence, located on the 68600 block of Everwood Court, checked to see if the door was unlocked, then left the property. The incident occurred around 10 p.m.

The man, described by CCPD as a Hispanic male, aged 40-50 with short hair, was wearing a jacket with "POLICE" printed on it. The Department confirmed that this man is not a police officer.

"He does not appear to have a badge displayed, or any accompanying department patches or identification," reads the CCPD news release. "Additionally, he appears to have some sort of backpack and appears disorganized and not professional in appearance."

The incident has been documented by CCPD's Crime Analyst and has been distributed to other agencies.

"This is a reminder to the public to be aware of scams, misrepresentations of police officers or other government officials," continues the release. "During the holiday season, thefts and burglaries increase due to an increase in residential activity and increased theft opportunities.  Please remember to lock your door and windows and call your local police department if you are in doubt of a police officer’s identity."

No arrests have been made in connection with this incident at the time of publication.