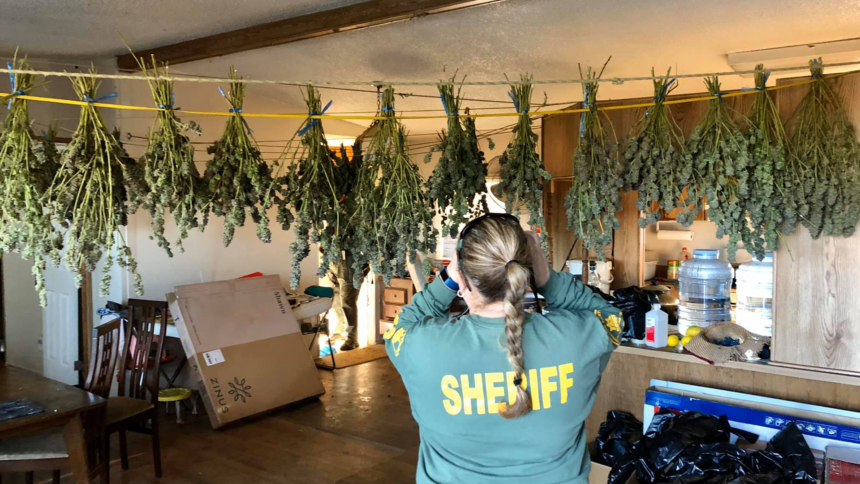 No arrests were made.

According to the sheriff's department, a total of 3,957 cannabis plants in various stages of growth, as well as 57 pounds of processed weed, were seized.

An estimated monetary value of the product was not provided.

The Anza Valley is known for pot farms, and the county's Cannabis Regulation Task Force has centered several operations within the unincorporated area this year.

The Board of Supervisors approved a comprehensive licensing regime for commercial cannabis cultivation after hearings last fall and in January.

Applicants seeking outdoor grow and storefront sales permits must go through lengthy vetting before they're even considered. To date, the board has not granted any permits in unincorporated communities.

Municipalities within the county have their own licensing requirements.