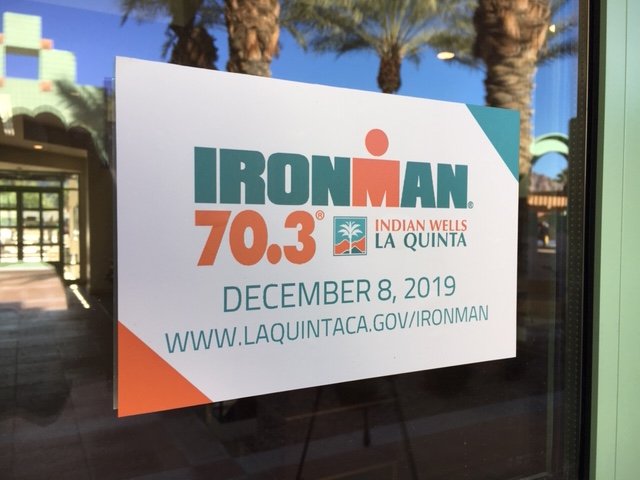 At City Hall in La Quinta Monday, you could say they were breathing a collective "sigh of relief".

Major traffic ties up during last year's triathlon for the most part were averted.

"Once again i want to give a huge thank you to the community for helping us have a less of an impact from the race compared to last year," said Jaime Torres, a city management analyst.

Torres credits an orchestrated outreach campaign for the better outcome, some of it valley-wide, aimed at warning local residents and business owners about the race's impact in advance.

"For us, it was a lot less of an impact than last year. It goes back to the information we collected, community workshops, and the open houses," said Torres.

As far as the economic impact from this year's event, the city and the Greater Palm Springs Convention and Visitor's Bureau say the numbers won't be in until the end of the month.

This year, at the Miramonte Indian Wells Resort and Spa they were not sold out but had what they call a 'strong weekend", thanks in part to the triathletes.

Cindy Kratochvil is the hotel's Director of Marketing.

"The weekend was very successful for us. We were thrilled to have the athletes here. We love being right on the route," said Kratochvil.

Torres says "many athletes" checked-in to area hotels three days in advance to take time to get acclimated to the desert environment.

According to the U.S. Travel Association, an average visitor to a U.S. city will spend at least $200 each day.

The triathlon drew 3,000 competitors and Torres estimates each athlete brought along four other people.

Assuming a two night stay, that works out to $6 million in tourism-related spending.

"We love to see more athletes coming each year, and we think it is going to grow," said Kratochvil.

Despite fewer traffic complaints from Sunday's event, News Channel 3 still heard from a number of business owners in the valley who say they lost out on significant sales that day because the road closures kept their regular customers away.

La Quinta city officials say they will now begin work once again to get more input from locals to make improvements for next year's event.