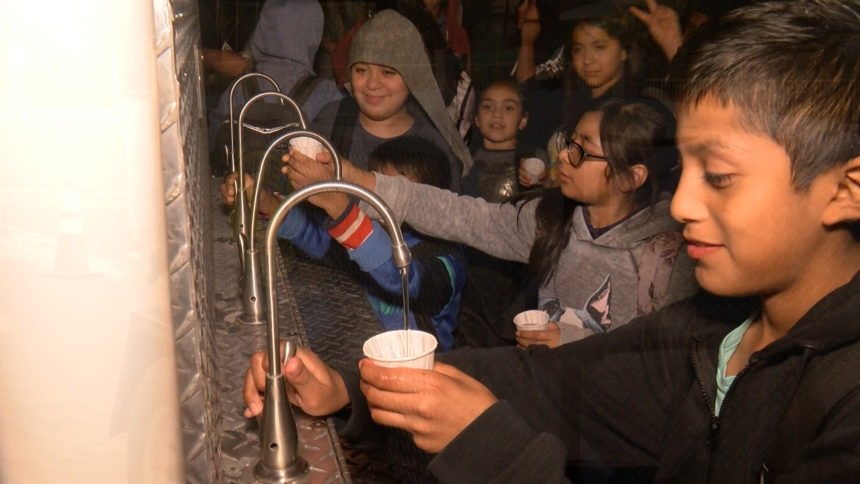 There is some relief for an east valley community where, for months, the water supply has been restricted due to early findings of high levels of a toxic compound.

The Coachella Valley Water District and Riverside County partnered to deliver a 1,000-gallon water tank to the community to provide greater access to clean drinking water.

Tests from the Environmental Protection Agency in the last few months showed levels of arsenic, a natural but toxic chemical found in groundwater, more than 9 times the federal limit. Some who live there said it made the community's kids sick with symptoms like stomachaches and vomiting.

In August, the EPA issued an emergency order requiring Oasis's management office to provide free bottled water, but residents reported their rent was raised $100 a month as a result, and the safe water was difficult to obtain.

"Some of us, we're just getting a little bit of money where we work and its not fair for others to be paying too much," said Janet Aguilar, who lives in the mobile home park.

Oasis told the EPA the rent hike was pre-planned and unrelated to the bottled water mandate.

Castulo Estrada, the vice president of the Coachella Valley Water District board of directors, said the temporary water tank is to provide residents with another option to the management's bottled water.

"What we're doing here is simply trying to supplement those efforts, so the hours that we've chosen to have the water tenders available to the public is to basically fill in that gap," Estrada said.

The EPA said in recent testing, the water quality has improved. But they haven't cleared the water as safe to drink yet.

"The water is yellow, it still comes out yellow," said Eric Oliva, who lives in Oasis. "It's not good to drink; it's not good for kids to take a shower."

As they filled their cups and bottles with water, kids and adults alike said they were filled with gratitude for the clean water.

The tank will be there for the next 60 days. After that, officials anticipate the tap water will be safe to drink.