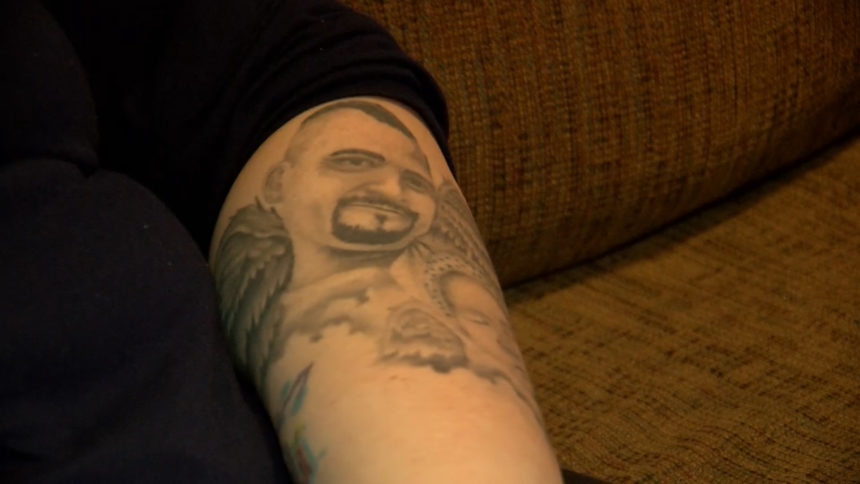 For hundreds of thousands each year, it's a merry and bright beloved holiday tradition. But for Roxanne Cerda, it's a haunting time of year.

"To this day I can close my eyes and I can still feel the sting from the bullet and I could feel my baby go limp in my stomach," Cerda said.

On December 19, 2015, less than a week before Christmas, Roxanne and her boyfriend David Chavez were shot after an apparent road rage incident a few blocks from Candy Cane Lane.

Cerda was 9 months pregnant, and two weeks from her due date. Her unborn baby took the bullet, saving her life.

"The pictures show how he was in full-term," she said. "He weighed 6 pounds, 3 ounces. He was a full-term baby."

She had already picked a name for him: Atreyu, whose life would never be lived.

Cerda said she's come a long way since four years ago. She now has two kids, but for her, the holidays are still hard.

"I haven't been able to put up Christmas decorations again," she said.
"I want to take my two babies that I have, I would like to take them looking at lights. But then I get anxiety, like is someone gonna be impatient behind us, is someone going to get mad because we're driving too slow?"

She said she hasn't found closure because the gunman was never caught. 4 years later and the case has gone cold.

"I don't understand why its been 4 years and nothing at all," Cerda said. "I don't know, it's frustrating. It's very frustrating."

She said her only Christmas wish every since is justice.

"How can you live with yourself every year," Cerda asked.

She said there were other witnesses in the gunman's car who saw the shooting happen. Police said the only chance for new leads in this case depends on someone coming forward with new information.

Police said the shooter was described as a bald Hispanic man in his 30s. He is 5-foot-7-inches tall and 200 pounds, with a mustache and goatee.

If you know anything, call the Cathedral City Police Department at (760) 202-2471. You can also report a crime on the department's website.