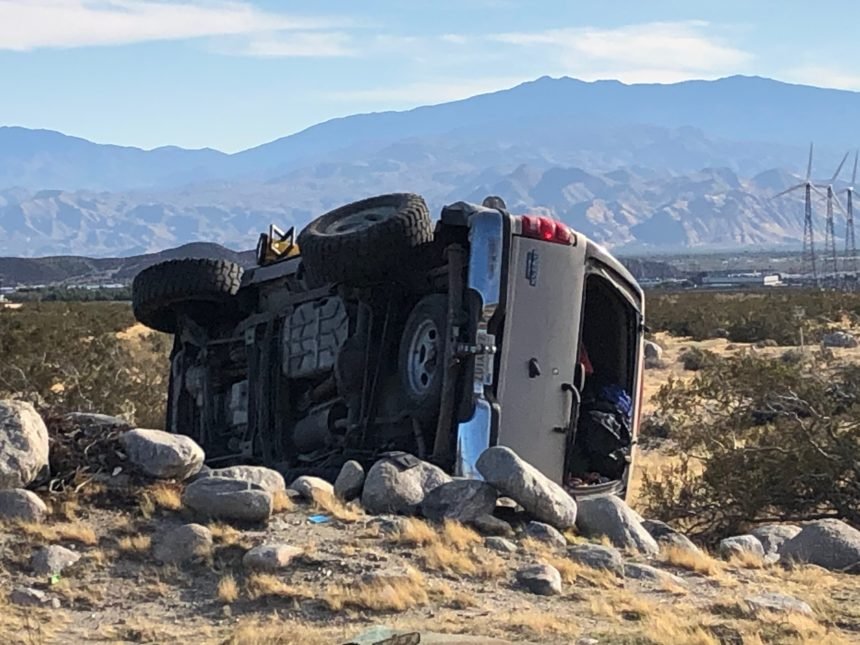 The driver who died was identified as Johan Trams, 62, of Desert Hot Springs, according to the Riverside County Coroner's Office.

The crash was reported around 12:40 p.m. near Karen Avenue and Powerline Road.

One person was killed in the single rollover crash, according to Cal Fire, Riverside firefighters.

According to the California Highway Patrol, Trams was driving his vehicle at a high rate of speed and, for reasons that still remain unknown, traveled to the right, off the roadway and overturned. Trams was not wearing a seatbelt and the crash caused him to be ejected from the vehicle.

Trams was pronounced dead at the scene.

This crash remains under investigation. Anyone with information on the incident is encouraged to contact Officer Belisle at (760) 772-5300. CHP does not believe alcohol and/or drugs were a contributing factor.