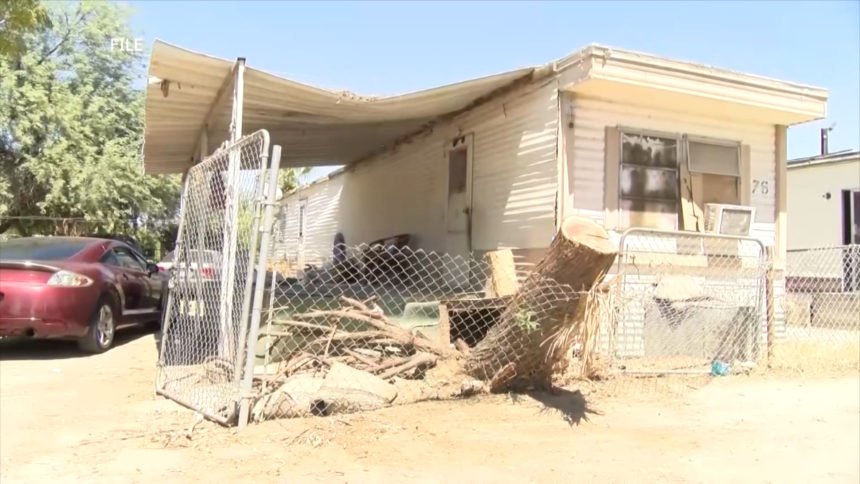 The EPA issued an emergency order at Oasis on August 27, 2019, after officials found high levels of arsenic in Oasis’ public water system. Exposure to arsenic contaminated water is linked to numerous kinds of cancers and illnesses.

The arsenic levels found in the park's water system were more than nine times the maximum contaminant level.

The issue has yet to be resolved and residents were supposed to get one gallon of water per day to help meet their needs. However, this has not been the case.

Some families living at the park shared with News Channel 3 they are spending hundreds of dollars per week on bottled water for drinking, cleaning and bathing needs.

The Coachella Valley Water District, in partnership with the County, stepped up to provide the 1,900 people living there with one gallon of clean drinking water for the next two months.

The EPA heard testimony from Oasis residents earlier this month. Many said they have not been able to get bottled water due to the park's restrictive policies and procedures that prevent residents from receiving bottled water.

"The Oasis office closes promptly at 5 pm on weekdays and 12 pm on weekends, even when people are standing in line waiting for drinking water. Oasis residents explained that some people were waiting up to 30 minutes but were turned away when the office closed and they did not get bottled water," reads the EPA's letter.

The Oasis office also does not allow anyone 18-year-old or younger to pick up drinking water. The EPA argues that children of leaseholders should be able to pick-up water for family members who are either working or to elderly to be able to pick it up themselves.

Residents also told the EPA that the office does not provide drinking water to customers who are not listed in the lease and requires a payment of $800 per person to change an individual’s name and another $35 for each name to be added.

"This makes it impossible for many residents to pick up water, as the residents cannot afford this amount for even one person, much less for all the individuals living in each trailer," reads the EPA's letter.

Another restrictive police by park management is that residents, even long-time residents, must present ID to receive drinking water.

"The concern that people who are not Oasis residents are trying to pick up water does not seem strong enough to deny residents bottled water if they do not have identification on hand at the time of picking up their required bottled water," writes the EPA.

The EPA informed Lawson that he has 24 hours to lift restrictions on the ability for his residents to access replacement water. The EPA suggests that Oasis allow customers to pick up bottled water on a daily basis.

Oasis will have also have to update its tracking system to ensure that each household has received sufficient water. Oasis will have to submit weekly reports by December 20.