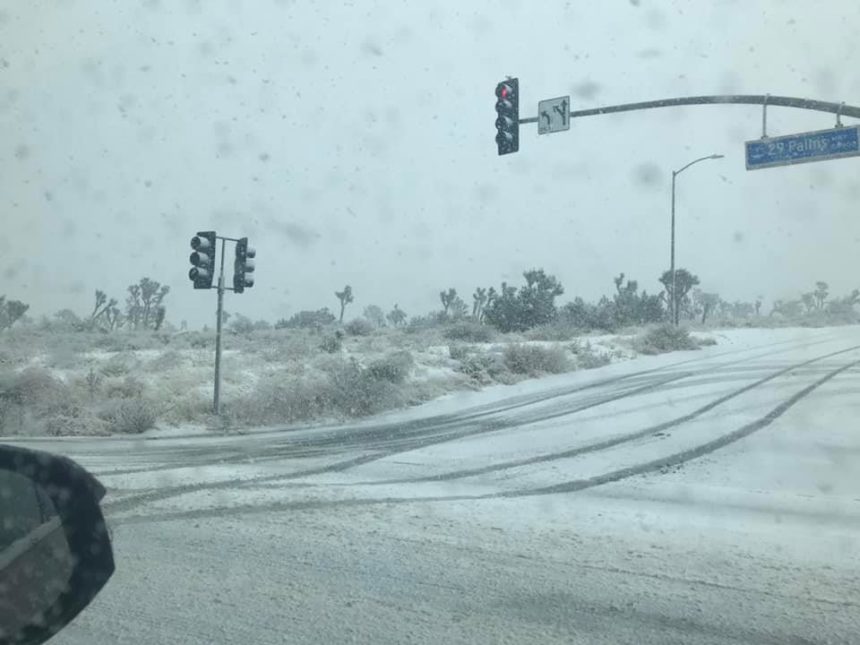 Residents and visitors in the High Desert are still enjoying the snow that fell in that area the day after Christmas and more could come on the way.

“ I am not used to snow so seeing the snow I just wanted to play with it," said Katie McVeigh, from San Diego.

Katie McVeigh traveled with her family and dog from San Diego to see the snow.

“I really like it, it makes really excited," said McVeigh.

She's not alone. Residents in the High Desert reacted to the snow that remains.

“ Oh man that snow’s so beautiful when its lay out all over the place you just don’t see it that often up there," said Dwayne Stover, from Landers.

Dwayne Stover from Landers told News Channel 3's this was the most snowfall he has seen in the High Desert in years.

“Well, I see alot of the coyotes and the rabbits even the little small hummingbirds. Even when it snows out [here] they’re flying around. Its kinda different to see that," said Stover.

Another visitor from Hawaii came to see family was surprised by the snowfall.

" I have loved every minute of it, went out to the national park went hiking in the snow for a little bit over there," said Patrick Adams, from Hawaii. "Threw some snowballs at my sister so that was a good time. I saw alot of snowmen built out there. I enjoyed it. It was awesome."

Areas above 3000 ft. elevation could see snowfall with significant snowfall possible at elevations above 4000 ft.

Weather models have been keeping most of the rain off the coast but our desert and local mountains still have the potential to see activity into Monday.

George Phillips visited the High Desert from Benicia planns to be prepared.

"This is going to be enjoyable. Its an adventure thats one way we'll look at," said Phillips.

" I hope it comes down nice and heavy cause I like looking at it," said Stover.

The visitor from Hawaii hopes the snow doesn't fall until after Monday.

"So I can actually get back to Hawaii and get the warm weather cause its a little chilly here," said Adams.