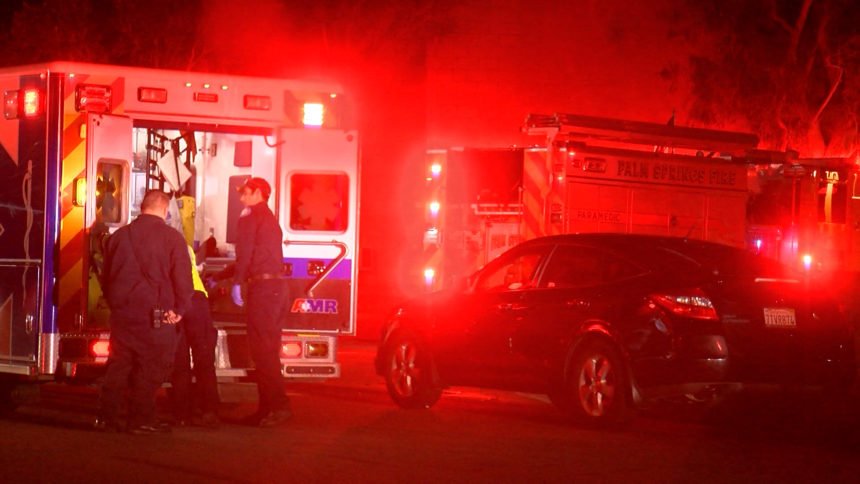 According to the Palm Springs Police Department, Wednesday at approximately 5:52 p.m., dispatch received a 911 call regarding a person possibly in distress inside an apartment on the 500 block of W. San Rafael.

The department revealed that when officers arrived at the apartment, they could hear the sound of a baby crying inside. After not getting any kind of response at the front door, officers forced entry into the apartment.

Inside, they found three adult males and one adult female down and unresponsive. Officers also found the two small children nearby. According to PSPD, the children appeared unharmed and were given to waiting family members so officers could begin evaluating the adults.

PSPD's preliminary investigation revealed that it appears that the adults overdosed on an unknown substance. All four adults were transported to the hospital. They are currently in stable condition.

The Coachella Valley Narcotics Task Force responded to the scene to investigate. According to PSPD, at this time, no one has been arrested. The investigation is ongoing.