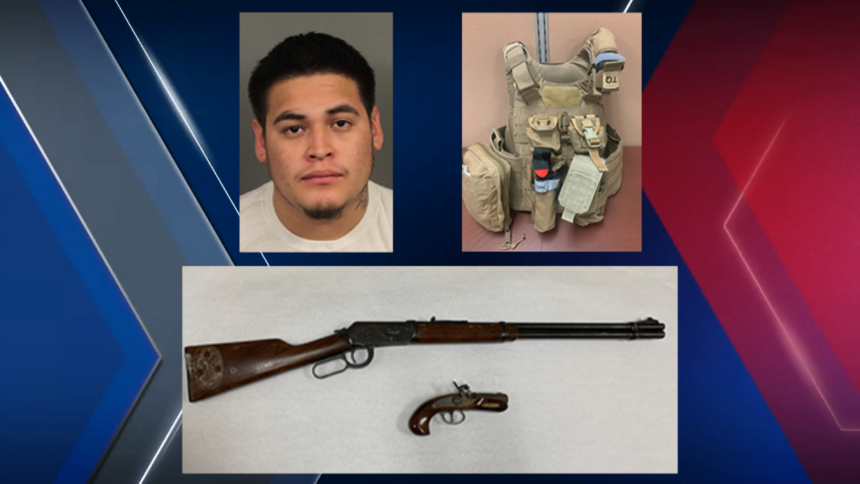 A man accused of an armed robbery was arrested in Indio early Thursday morning.

The Coachella Valley Violent Crime Gang Task Force served search warrants at five Indio residences at 5 a.m. According to the Riverside County Sheriff's Department, the search warrant stemmed from an investigation into a Robbery and Assault with a Deadly Weapon (Firearm) that occurred on November 28, 2019 in Coachella.

Authorities say the victim was robbed of property and later shot at by one of the fleeing suspects.

Documented gang member Frank Gonzales, 22 of Indio was arrested during the operation. He was charged with Robbery and Assault with a Deadly Weapon.

Gonzales has been booked into Indio Jail.

If you have any information about this crime, you are asked to contact CVVCGTF member Officer James at (760) 836-1600. If you have non-emergency information regarding gang activity, you can use the online Gang Task Force Tip Form or call 951-922-7601.