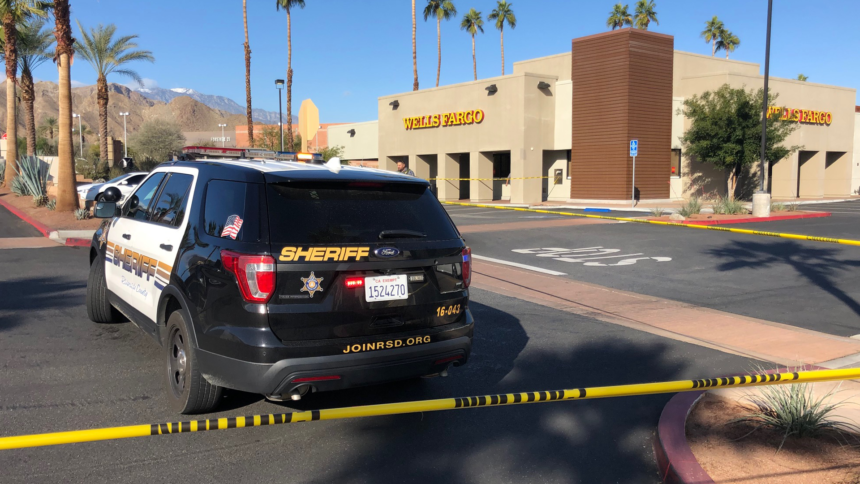 According to Deputy Robyn Flores, RSO public information officer, a man entered the Wells Fargo bank on the 43400 block of Bob Hope Drive at 9:16 a.m. while brandished a handgun. The department wasn't saying how much currency was taken.

No further suspect description was provided. No suspects were in custody.

No injuries were reported during the incident.

Watch: Relatives voice their frustration with employee safety after robbery

The bank is located in the Rancho Las Palmas shopping center across from the River in Rancho Mirage.

The same bank branch was robbed on June 10. The suspect from that incident was only described as "an adult male covering his face" and remains on the loose, according to RSO.

Stay with us for the latest updates on this developing story.