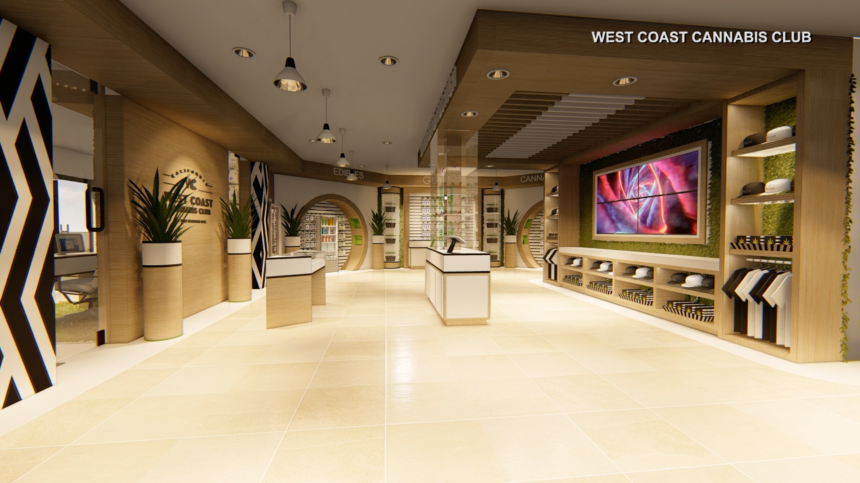 A new cannabis facility is soon coming to Palm Desert, promising customers a unique experience in what used to be the former KESQ news studio.

Construction is already underway at the West Coast Cannabis Club's second location within the city. The new building will house every step of the cannabis process, from growing to selling, all in one place.

"This is a building where (customers) can see the cannabis being grown, they can see the kitchen in which the edibles are being made, and then they can walk directly into the retail store and purchase the products they just saw," said Kenneth Churchill, CEO of West Coast Cannabis Club.

The facility is licensed by the city as what's called a "micro-business," providing for cannabis cultivation, manufacturing, distribution and delivery, and a retail store.

"It allows us to start to produce things inside of our own company and in the Coachella Valley versus having to buy from Los Angeles brands or people up north," Churchill said.

Churchill showed News Channel 3's Jake Ingrassia what's called the flower room, where the cannabis plant will be cultivated until it's ready to be brought down and packaged. But until 2013, it was home to the former KESQ news studio.

"We walk around the building and try to piece together where the news was shot and where everybody was doing their work," Churchill said. "It's been a lot of fun."

Churchill says the facility is expected to generate about $1 million in tax revenue per year for Palm Desert, where the West Coast Cannabis Club holds one of just three cultivation licenses citywide.

"We'll make sure that we're contributing members of the community and I think that being solidified here in Palm Desert is really going to prove that," Churchill said.

The club will begin at-home deliveries starting January 20, taking orders both by telephone and online. The new retail shop is expected to open mid-February.