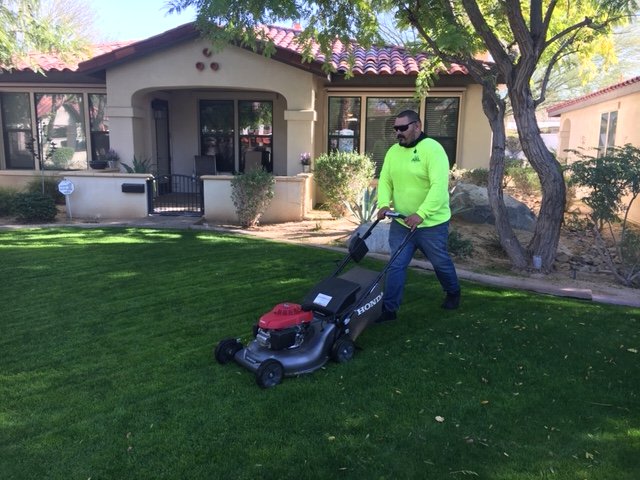 Abel Arreola, owner of A and L Landscaping and Maintenance and his employee John Zazueta used a gas-powered trimmer and mower while working at a client's property in Palm Desert.

But soon the sale of such equipment could be banned in the state.

"It saddens me that we have to get to this point where lawnmowers are now becoming an issue," said Arreola.

To meet federally mandated targets for reducing emissions, the California Air Resources Board in November will seek approval for a new three stage regulatory plan.

Beginning in 2022, it would require additional emission reductions for gas-powered lawn equipment sold in the state, eventually leading to a ban on the sale of such equipment in California.

The ban going into effect sometime around 2031.

"These kind of regulations are phased in over time. You have to give people time to understand the regulation and to adapt," said Karen Caesar, Public Information Officer for the California Air Resources Board.

With gas-powered devices banned, landscapers like Arreola, and others would only be able to purchase lawn equipment powered by batteries or electrity.

Arreola says one problem with battery power is that during the summer months of extreme heat in the Coachella Valley, that batteries have a hard time keeping a charge.

The landscaper is also skeptical whether non gas-powered mowers are powerful enough to handle annual "scalping" performed on desert yards, and whether the equipment would be able to meet the demands of landscapers caring for valley golf courses.

Despite incentives offered, Arreola also cites increased costs for new equipment, which he says would be passed on to customers.

"I see costs, I see new equipment and I see increased fees to clients," said Arreola.

When the city of Palm Springs adopted a ban on gas powered leaf blowers one year ago, Arreola says he stopped doing business in the city.

His list of options could soon be cut shorter.

"If we have to start cutting lawns with battery or go back to old school with the push reel, or electrical, we have to do that. It's not going to stop us," said the landscaper.

The California Air Resources Board has posted a detailed PowerPoint presentation outlining the proposed plan, along with additional information