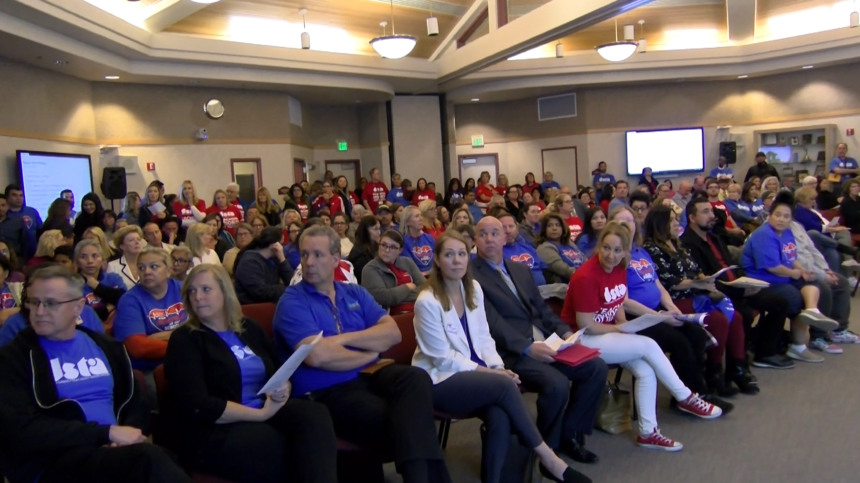 As valley teachers gear up to re-negotiate their contracts, many are outraged over salary raises given to top Desert Sands Unified School District officials, saying the money should have been spent to benefit students.

Hundreds of DSUSD teachers came to the district board meeting Tuesday night to express disappointment in the pay increases of the superintendent and four assistant superintendents – most going up by tens of the thousands of dollars.

"Teachers in the classrooms – they are the ones that are doing the work every single day with every single student, ensuring their success," said Trina Gonzales-Alesi, president of the DSUSD teachers association. She represents the nearly 1,400 Desert Sands Unified teachers.

Gonzales-Alesi said the money could have been spent on mental health resources, more nurses or classroom aides.

The district said the raises are to make senior staff salaries more competitive with neighboring districts.

According to the teacher's association, Desert Sands teachers' salaries are ranked 22 of about 30 districts in the county, while Coachella Valley Unified and ranked 6 and Palm Springs Unified is ranked 11.

The raises were passed in December on a 3-2 vote. The teachers association is beginning to negotiate their contracts, which expire in June this year.