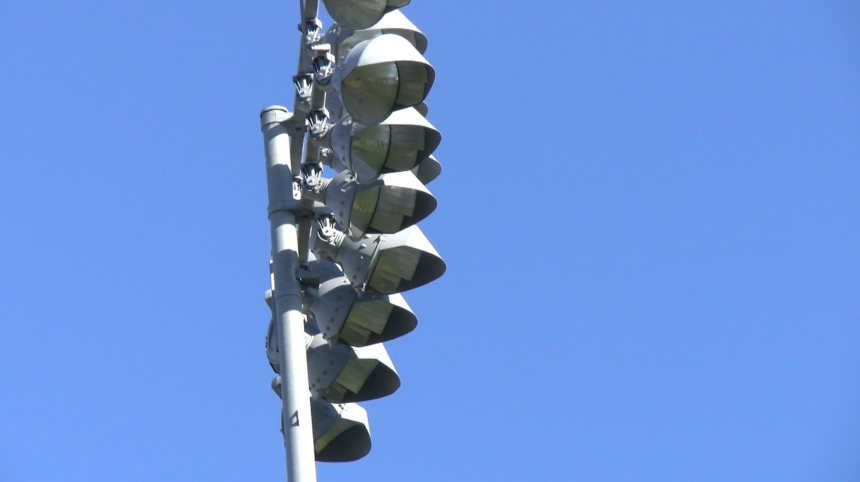 They said they were upset when they noticed lights for fields weren't being turned on at night, and the city told them they'd need to pay more than $100 for their kids to play there.

"It was as simple as taking my kids to the park," said Claudia Lua Alvarado, a Coachella mother of two. "We were kicking some ball and we realized the lights were never going to turn on."

It's an issue Alvarado has been spearheading for the last four months. She went to Coachella's Parks and Recreations office to learn more, where she said she was told she'd have to put down a $100 deposit and pay $26 per hour to use the park. She shelled out the money from her own pocket.

"When we found out the rules we followed them," Alvarado said. "We put a deposit – I believe we did it about for times, so we put the $400 deposits. We paid $52 for two hours and we put on the receipt, 'for the community use.'”

"When the lights are not on, a lot of bad things hide at night," said Roberto Diaz, a Coachella parent and veteran. "I don't want to run into maybe someone doing drugs or God knows what."

Diaz fought with the U.S. Marines Corps in Iraq.

"I have PTSD because of the war," he said. "I want to be able to use the parks in the afternoons to release my stress and kick the ball around with my kids.

He said he was once kicked off the field because he hadn't paid. "It made me feel horrible."

Mayor Steven Hernandez said the policy was in place to have agreement between multiple sports leagues that use the fields.

He and the rest of city council unanimously approved a new community use schedule that splits the field use between the leagues and the public.

"We're thankful we got what we deserve," Alvarado said.

By adding extra days of use to the fields' schedules, the city takes on additional utility fees at a cost of between $40,000 and $50,000. It's a price the mayor said is well worth it to pay.