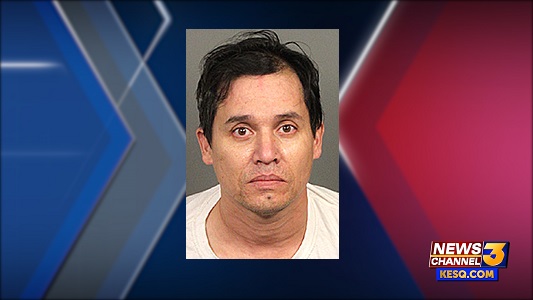 La Quinta Police arrested an Indio resident Thomas Prince, 43, the night of January 6, along the 78900 block of Adams Street for driving with a suspended license.

Prince was found to be in possession of fentanyl, Xanax, hydrocodone and cocaine with the intent to sell, according to the Riverside County Sheriff's Department. He was booked at the county jail in Indio.

Over two weeks later, on Tuesday at approximately 8 a.m., the La Quinta Special Enforcement Team, along with the assistance from the Coachella Community Action Team, and the Southern Coachella Valley Community Services District Team, served a search warrant in the 82400 block of John Nobles Way in Indio. The warrant came about from information gathered during the investigation after Prince was arrested, according to the Riverside County Sheriffs Department.

During the warrant search, authorities found Prince and who was placed under arrest again. He was arrested for possession of fentanyl and drug paraphernalia.

An additional search warrant was served in the 43700 block of Skyward Way in La Quinta. During the warrant, ammunition was located and booked as evidence.

Prince was booked at the Riverside County Jail in Indio.

The La Quinta Special Enforcement Team is asking anyone with additional information to contact Deputy Preciado at the Thermal Sheriff’s Station by calling (760)-863-8990.