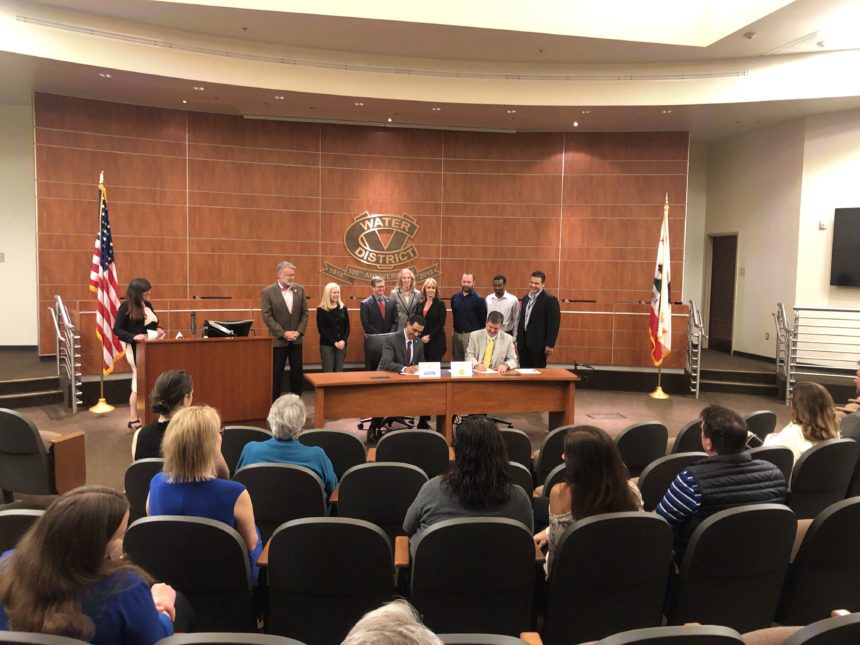 Two Coachella Valley Water District stormwater projects have been approved to receive a $59 million loan with the Environmental Protection Agency.

According to the EPA, the loan will pay about half of the costs of two CVWD projects, the Stormwater Channel Improvement Project and North Indio Regional Flood Control Project, which in total will cost $120.7 million.

"I can rest at easy you know without another thing on my head worrying," said Jane King, Sun City resident.

"Its going to help save on worrying about floods," said King.

In a meeting, CVWD Board President, John Powell Jr., signed a $59 million loan with the Environmental Protection Agency through the Water Infrastructure Finance and Innovation Act.

“ It's our responsibility to protect the property and lives with these projects. Our systems worked very well when we had the big floods on February 14, 2019," said Powell. "We need to be prepared for larger events.”

The Stormwater Channel improvement Project is aimed at improving existing channel infrastructure from north of Avenue 54 going through Thermal incase of a 100 year storm.

“Folks that have to buy flood insurance now in these areas after the project is built will no longer have that requirement," said Powell.

“This will help us alot not having to worry about another payment for flood insurance," said King.

The project is expected to create about 378 jobs both in construction and operation.

“We want to be ready for the next big flood event which will happen we know it will," said Powell.

Construction is set to begin in 2021.