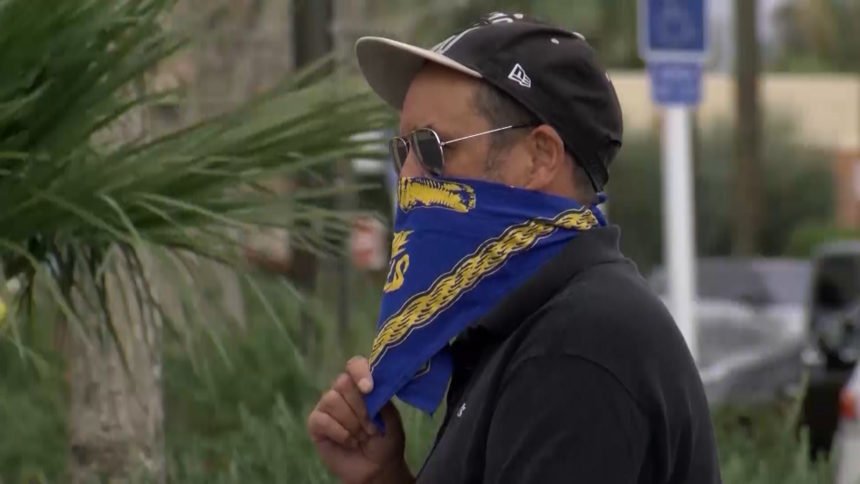 Riverside County extended the order requiring face coverings to be worn in public and at least six feet of social distance to be maintained until June 19.

Californians are still under Governor Gavin Newsom's stay-at-home order, which doesn't have an expiration date. But if you have to leave the house, Riverside County residents have to keep their faces covered, at least for another month and a half.

Public health officials say it's because the number of cases and deaths countywide continues to rise.

"Covid 19 has not been eliminated and it’s arguable whether we could even say that it's been suppressed," said Dr. Cameron Kaiser, the county's public health officer. "We expect there to be sporadic outbreaks throughout the summer, and since there will still be virus in circulation, there is a decent chance that it will be back in the fall and when it is, it will be very hard to get that genie back in the bottle."

The mask order has been in effect in Riverside County since March 31, nearly a month so far.

Some residents said they're glad to hear, given the continued spread of coronavirus, that the measures will continue.

"It gets a little tough playing pickleball with it on, but I guess I'd rather see people safe than not wear it," said Tom Kenworthy.

For some, there's too much to lose.

"I have kids – I have 4 boys and a daughter," Marquez said. "That's my biggest fear is taking something home to them."

Others have had enough of face coverings.

She admitted it's protective but inconvenient and uncomfortable.

Many said they understood the necessity of protecting themselves and others.

"You rush it, like the governor said, we'd hate to have it come back with a vengeance."