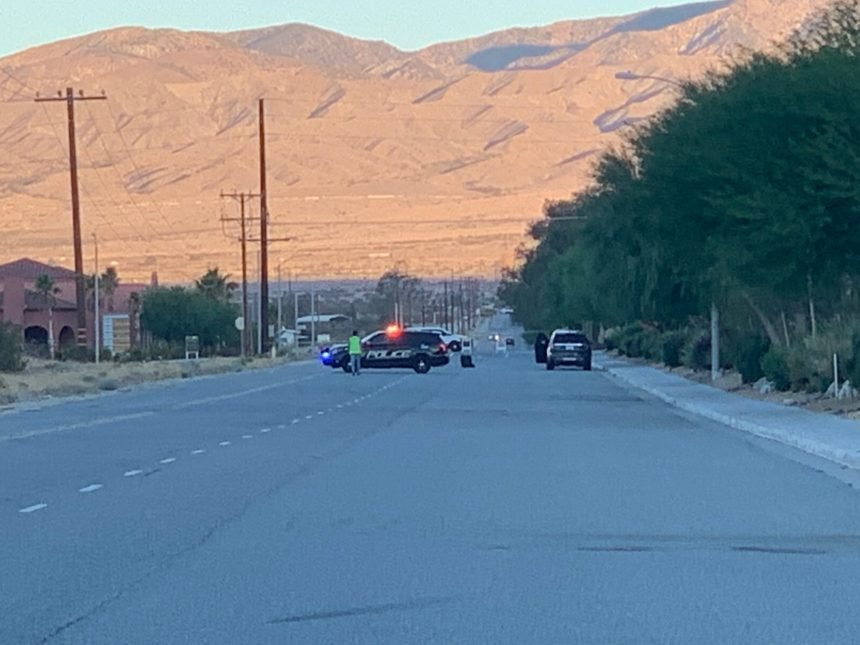 A Desert Hot Springs road was closed to all traffic Wednesday morning following a deadly traffic collision near the Mission Lakes Country Club.

Officers say the car rolled trapping at least one person inside.

They were pronounced dead at the scene. The Riverside County Coroner's Office identified the person as Demond Neal, 24, of Desert Hot Springs.

Another person in the vehicle suffered non life-threatening injuries and was released at the scene.

Police did not release the names of any of the people involved in the wreck.

Police say the crash was not related to an earlier shooting nearby.

Less than an hour before this fatal crash, police were called to a double shooting just down the road near Santa Cruz Road and West Drive. Two men were found with gunshot wounds and rushed to the hospital.