Five men and one woman charged in connection with the killing of a Coachella Valley couple who went missing more than three years ago appeared in court together for the first time today, where a judge kept bail as set and scheduled them a future court date.

Manuel Rios, Eric Rios, Jesus Ruiz Jr., Abraham Fregoso Jr., Aaron Fernando Bernal and Adilene Ines Castaneda all previously pleaded not guilty to charges filed in connection with the murders of Audrey Moran, 26, and Jonathan Reynoso, 28, who disappeared on May 10, 2017.

Four of the defendants are accused in the killings, while two others are accused of helping the alleged killers afterward.

Eric Rios and Ruiz Jr. are each charged with accessory after the fact pertaining to both victims.

Fregoso, Castaneda, and Bernal are each charged with accessory after the fact pertaining to Jonathan's murder.

The six defendants appeared at the Larson Justice Center in Indio, where Riverside County Superior Court Judge Burke Strunsky scheduled them a felony settlement conference for Aug. 14, and a preliminary hearing date for Aug. 24.

Those four defendants, who all remain jailed without bail, are also facing a special circumstance allegation of killing a witness of a crime, which could make them eligible for the death penalty if convicted.

Ruiz, 41, who was arrested in Stockton but has spent most of his life in the Coachella Valley, and Eric Rios, 31, of Coachella, are each charged with two counts of being an accessory to a crime after the fact. Both men remain behind bars on $500,000 bail.

Riverside County Sheriff Chad Bianco said in June that investigators had discovered what were believed to be the couple's remains in an unspecified location in the Coachella Valley. He said the DNA results, however, were pending.

Bianco would not be more specific about where and when the bodies were found and offered few details about the investigation.

Sheriff's officials have not offered updates on the DNA results when asked in recent weeks.

Bianco said the bodies were discovered following a three-year investigation that included more than 50 search warrants and hundreds of interviews.

The sheriff also confirmed that at least two digging operations that were reported in east valley residential neighborhoods this year -- including one in Indio and another in Coachella, where sheriff's deputies were seen evacuating large swaths of earth with heavy machinery -- were related to the investigation.

Back in 2018, News Channel 3 I-Team investigator John White went to a Coachella home, where neighbors at the time said Bernal lived, then calling him Moran's ex-boyfriend.

Search warrants revealed authorities were looking for Bernal's car and found it burned in a field in Thermal just days after the couple disappeared in an apparent arson fire.

The defendants were arrested in batches of three in June and July. Bianco said previously that the victims were known to their alleged killers, but would not comment further.

Moran was last heard from when she left her Coachella home to pick up Reynoso, who may have been returning to the Coachella Valley from the Brawley area the day the couple went missing, according to investigators.

Moran said she was going to give Reynoso a ride to his Palm Desert
home, but the SUV she drove was found parked on the side of Interstate 10 in Beaumont two days after the pair were last heard from.

A police bloodhound detected their scent near the SUV, but the trail disappeared about 50 feet from the vehicle. 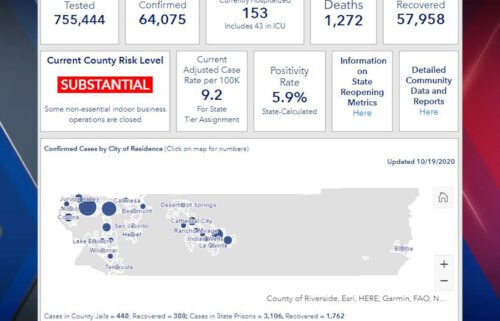 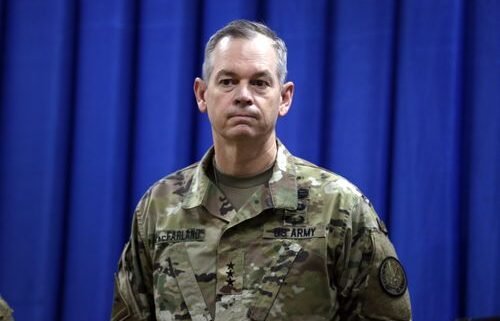