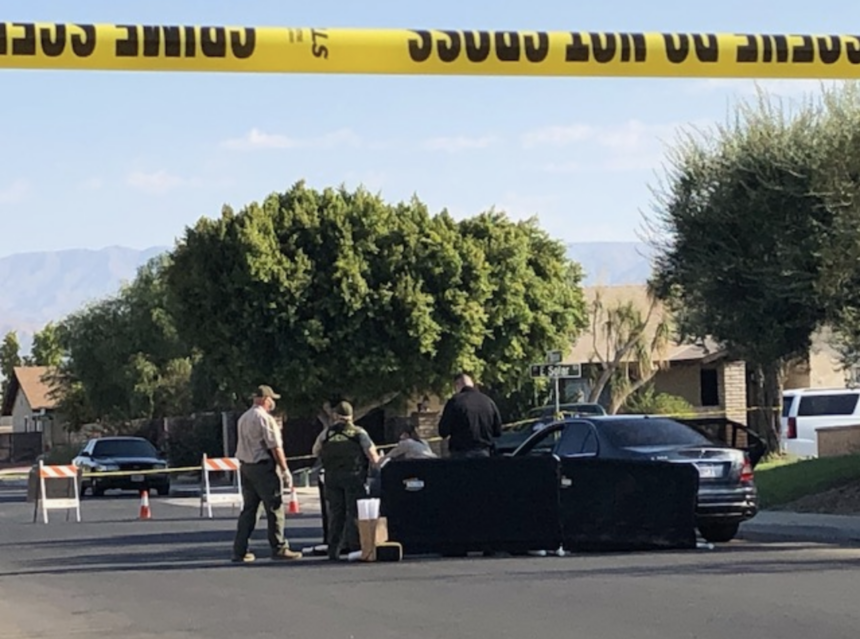 "At about 1:58 this morning we received a call of a person that was found in the area of Solano Avenue and Sundial Street that was laying next to a vehicle," Indio Police Department Public Information Officer, Benjamin Guitron told News Channel 3.

"Upon arrival they did find a male adult who was laying on the ground who appeared to be the victim of a gunshot wound."

A gray Mercedes was also at the scene. It's unclear whether it belonged to the victim.

"At this point in time-- happening into the morning hours, investigations like this that occur at night-- one of the things that is important to us is securing the scene, investigating anything we can. It’s night hours so sometimes we also wait until the sun comes up because we have a different view of things because now we got daylight so that’s important for any evidence or anything because we still don’t know how this occurred," Guitron said.

Friends and family of the victim gathered around, while many appeared extremely distraught. One man who did not want to go on camera told News Channel 3 he had just been with the victim the night before. He said the victim was a good guy and that he wasn't involved in any trouble.

As of Saturday Guitron said detectives were still working the case, and it was unclear whether the crime appeared to be gang-related. A motive was also too early to determine.

"There is no arrest to the incident. No one has been brought into questioning as of yet but it just depend on what develops," Guitron said.

The Indio Police Department urges anyone who has information about the case to come forward. They can be reached at 760-391-4051.