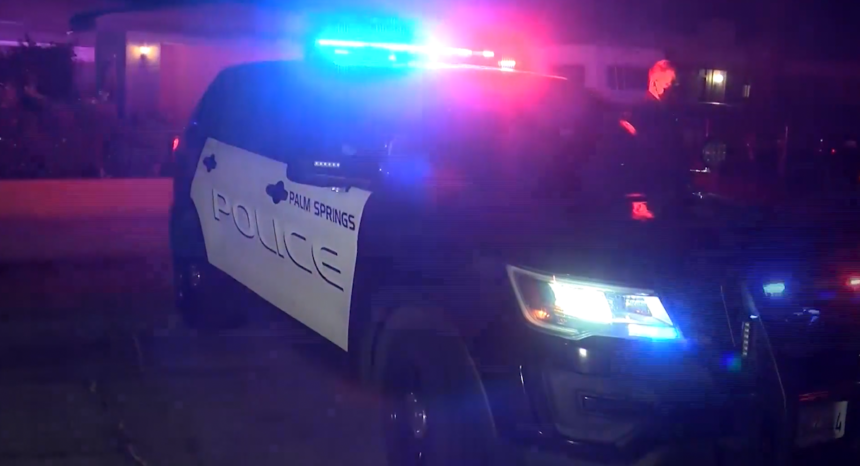 Over the past several weeks the Coachella Valley has seen an increase in crime activity, particularly involving teenagers and young adults.

The Palm Springs Police Department recently announced the arrests of three minors in connection to violence between two rival gangs.

"Early this morning our SWAT team did serve a search warrant at the Desert Highland Gateway Estates community looking for a suspect involved in some of the prior incidents that have stemmed back as early as October of last year. That suspect, a 16-year-old male, has been charged with negligent discharge of a firearm, conspiracy and battery," Lt. William Hutchinson with the Palm Springs Police Department said.

Over the last two weeks, a 15-year-old and a 16-year-old were also arrested in the Desert Highland Gateway Estates neighborhood and the Santiago Sunrise Village Mobile Home Park. According to PSPD, one teen was charged with 'gang participation,' while the other faces several charges including murder.

"It has started escalating in recent months-- to the point we have lost 3 lives out of this incident. There have been a couple other homicides that have happened in that neighborhood. We’re trying to see if there is a correlation or some type of connection," Lt. Hutchinson said.

PSPD confirmed that since July 3 there have been 15 arrests in relation to the ongoing violence, and that 7 of them were teenagers. One included an 18-year-old.

According to the sheriff's department, the crimes vary among suspects. They include assault with a deadly weapon and armed robbery on two occasions, vehicle theft, attempted murder, commercial burglary and unlawful possession of a concealed loaded firearm.

Anthony Hernandez, 18, and Pete Collins, 20, were arrested and booked at John Benoit Detention Center in Indio. The third suspect is a 15-year-old juvenile. All 3 are residents of Coachella.

The Indio Police Department is also asking for the public's help in locating an 18-year-old man and a juvenile wanted in connection with a shooting that left a woman injured last month.

Jesse "Trigger" Hernandez and a male juvenile have been identified as the suspects in a shooting at the K & A Market on Avenue 44 near Towne Street on August 19.

Officials believe there could be a number of reasons why the valley is seeing a sudden uptick in violence.

"In the past maybe something we would have done is intervene at some of the hotspot areas at the school or deal with some tensions," Palm Springs Police Department School Resource Officer, Cherie Miller said.

With many teens having to stay at home for school, Miller said they're facing bigger challenges at intervening with troubled youth.

"We want to arm them with the ability to decide on their own because we’re not going to be there all the time and so now we’re in a place where we’re not there and those things still need to be worked on. They still need that intervention even though they’re at home and so it’s been a big struggle with us at this time," Miller said.

The department is currently working to develop a new way of communicating with students and schools through Zoom.

In some cases, kids may not want or seek help. Miller said that's when the community around them plays a key role.

"It’s not invisible, they have parents, families. Our neighborhoods can speak to us regarding jut their observations-- areas, locations of concerns, maybe some hangouts we may not know about. That doesn’t mean we need to enforce anything in those areas, but we can go use those opportunities to make connections and engage with our kids," Miller said.

Dr. Heather Hathaway is a licensed therapist with the center. She said certain conditions brought on by the pandemic could contribute to teenagers acting out.

"I think just the sheer boredom of not having anything else going on, and then without the structure of school or stability of having a schedule and knowing what’s going to happen in a day-- If a child is already predisposed to maybe a chaotic mindset, not having that structure is definitely affecting them. From what I’m hearing from teens, a lot of people are just bored right now so there is an increase in substance abuse and because they’re bored of course that then leads to more criminal-type behavior," Dr. Hathway said.

She went onto say that though parents don't need to hover over their children constantly, it's important to know what they are doing and who they are hanging out with.