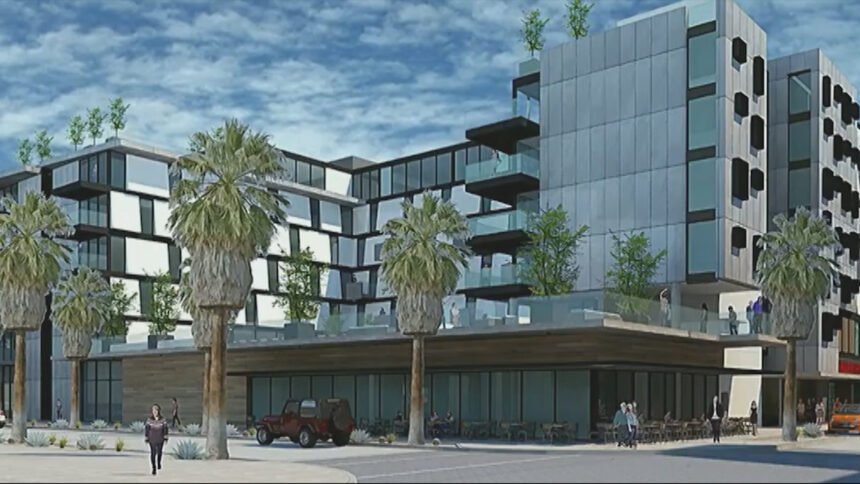 The 69-foot, 142-room hotel has been in the works since September 2015 and it was planned to be located just north of the Kimpton Rowan Hotel. The project has faced numerous delays, mostly brought about by the arrest of developers John Wessman and Richard Meaney and then Palm Springs Mayor Steve Pougnet.

Meaney and Wessman are accused of paying Pougnet $375,000 worth of bribes for favorable votes in 2012 and 2014 relating to projects of the two developers.

In 2017, the hotel was originally set to be built by 2020 following delays but just last year, the project deadline was pushed back to 2021.

On Thursday, City Attorney Jeffrey Ballinger announced yet another major change in the much-delayed project. The Virgin Hotel project has now been officially "postponed."

Ballinger told councilmembers that Grit Development and the Virgin Hotel developer mutually agreed to postpone the project due to "COVID-19 impacts on the national economy and the hospitality industry."

Grit and Virgin also agreed to use the hotel site to instead build a 62-unit condominium complex instead of a hotel.

The project is in the specific downtown plan,the city council will have to review and approve the plans before it can go ahead.