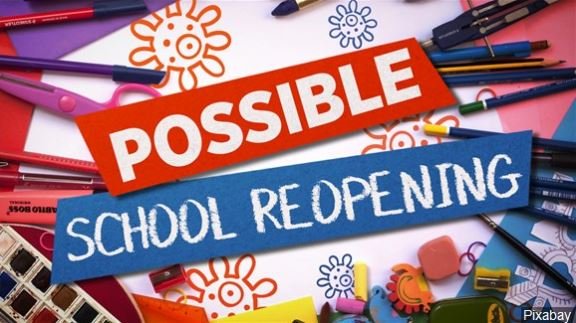 Palm Springs Unified School District students are in their seventh week of at-home instruction. As parents cope with the challenges of distance education, they are also now learning kids may not return to the classroom until 2021.

"I want my kids back in the classroom," Jessica Lundquist, a PSUSD parent told News Channel 3.

A new hybrid learning plan from PSUSD is getting mixed reactions from parents.

The plan brings a maximum of 50 percent capacity back into the district's schools and classrooms after the winter break in January.

"I guess my big question for PSUSD is why is it going to take us until January to implement this plan?" Lundquist said.

"I know the district has the kids in heart and they're not going to do anything or put the kids in any kind of danger and they're going to bring them back when it's safe," Traci Miller another PSUSD parent said. "I just thought it would be a little bit sooner," she added.

Some parents thought it would be sooner because according to state guidelines, Riverside County would be allowed to reopen modified in-person instruction in schools if we maintain our status in the red or substantial tier for two weeks.

"If the county is letting them go back sooner like if we meet the requirements which we have to stay in this certain tier for two weeks I think that I would expect the school district to do that too," Miller said. "I was surprised we're still several months out," she said.

Not all parents are eager to send their kids back into the classroom.

"Right now if my kids can do well staying home then I'm okay with that because the school district needs kids to stay home in order to accomplish their hybrid learning situation," Cara Van Dijk another PSUSD parent said.

We brought these concerns to the district. A PSUSD spokesperson referred us back to superintendent Dr. Sandy Lyon's comments at the Tuesday night board meeting.

"If our county and our community has stayed in a substantial spread tier or hopefully moved to an even higher tier we would be prepared to fully implement that hybrid model with in-person instruction in January," Dr. Lyon said.

Nothing was officially set in the PSUSD board meeting. They plan to continue discussions on this plan in October.

As for the other districts, Coachella Valley Unified School District told News Channel 3 they’re analyzing the parent surveys they collected and will discuss the results in a board meeting on October 8.

Desert Sands Unified School District said their plans will be discussed in a board meeting on October 6.

Some parents told News Channel 3 they are planning a rally for Friday, October 2 to push for schools in Riverside County to reopen sooner.

To learn more about the plan and its details, read our article here: