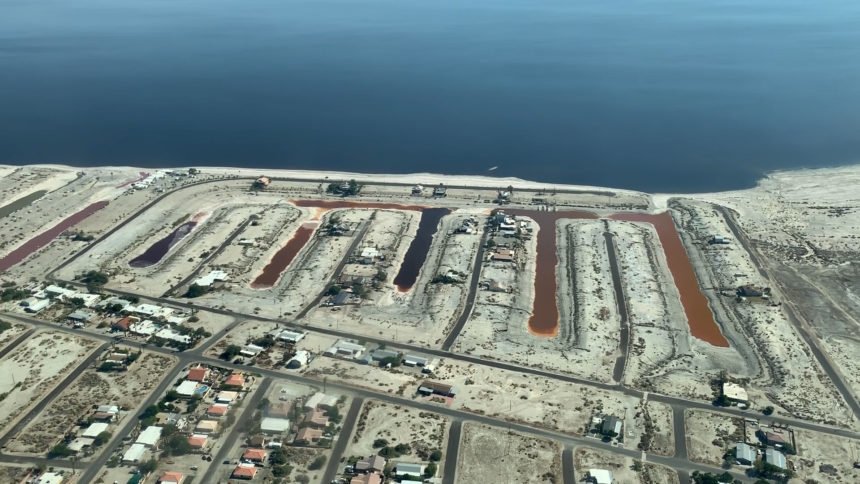 For the first time since 1997, there will be a Congressional Hearing regarding the Salton Sea.

News Channel 3’s Dani Romero has more on what’s next for the sea.

Its been over two decades since congressional leaders sat down and discussed the Salton Sea.

“This hearing is the First Congressional hearing on this issue since 1997, which means 23 years ago Congress saw the need to address the federal role at the sea yet today we find ourselves on the verge of crisis,"said Dr. Raul Ruiz.

That crisis impacting the public and environmental health. This hearing addressed the federal and state efforts needed to restore the sea.

And those alarming concerns continue to grow. but not everyone from the administration team joined in.

“Its unfortunate that commissioner Burman and Director Skipwith have declined our invitation so that the public would have been able to hear whether their agencies are meeting their responsibilities and carrying out their work," said Huffman.

On the other hand, local Congressman Raul Ruiz called  for an all hands on deck approach.

“The federal government owns half of the land at the Salton Sea and has a significant role in managing that land they can not sit on the sidelines and leave my constituents high and dry while the shore line disappears infront of their eyes," said Dr. Raul Ruiz.

California’s State Water Resources Control Board  and  the Chairman of the Torres Martinez Desert Cahuilla Indians were among those testifying for more aid.

“the key here it is not convenient on anyone actor or agency at this point in this space it really does require the full cooperation of the federal government given the historic decisions that went on in 1905 and there after," said E. Joaquin Esquivel, chair of California State Water Resources Control Board.

This hearing was part of phase one of their ten year plan that includes a range of activities of habitat creation and dust management.

Members of the committee now have the opportunity to send questions to those who testified in the hearing. The hearing will be open for ten days to allow for their responses. No second hearing scheduled yet.

You can watch the virtual hearing live below starting at 9 a.m. on Thurday.

The hearing, entitled "Federal and State Efforts to Restore the Salton Sea," will be hosted by the House Natural Resources Committee’s Water, Oceans, and Wildlife Subcommittee.

Local Congressman Dr. Raul Ruiz will speak at the hearing and Thomas Tortez, Chairman of the Torres Martinez Desert Cahuilla Indians, will be also be testifying.

According to Ruiz's office, the hearing has been in the works since September when Ruiz and Republican Congressman Juan Vargas of California's 51st District requested a Congressional hearing be held to address the impending public health and environmental health crisis at the Salton Sea.

The sea has caused respiratory problems in surrounding communities caused by toxic dust blown from dried up areas. Ruiz has also previously noted that the area has the "largest rate of pediatric asthma hospitalization in the entire state."

Officials have also said that the Salton Sea is receding at an alarming rate, about 6-inches a year, exposing the toxic lake bed.