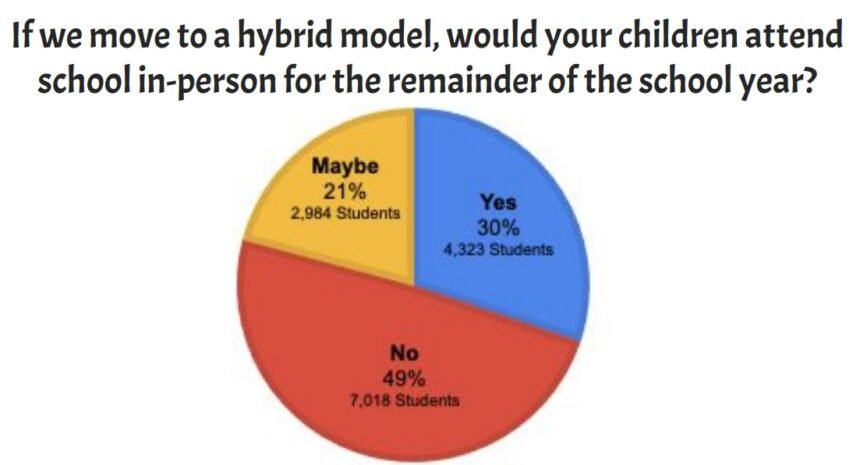 The Coachella Valley Unified School District school board presented the results of a September survey on Thursday night.

49% of the parents said they don't intend to send their children to school in person with a hybrid model.

30% of the parents said they do agree to send their children to in-person classes.

21% said they would "maybe"send them.

The district's report shows that out of those parents that say they "maybe" or "will not", 99.9% were concerned about the risk of exposure to the virus.

51% of parents who do agree to send their children to the classroom will need school transportation.

During the meeting, school board members also presented a timeline for a possible return to in-person classes.

The district did not make a decision as to when students will return to the classroom.

The district's report explains that one of the first steps in starting the process was sending the survey to parents.

Throughout the month of October, the district will be conducting few multi-student functions.

These include assessments of students with special needs.

District officials announced that they are ordering protective equipment for use when students do return.

The district will once again send out a survey in November and begin to consider a possible return of sports.

The district could approve the hybrid plan in December providing that health officials allow it.