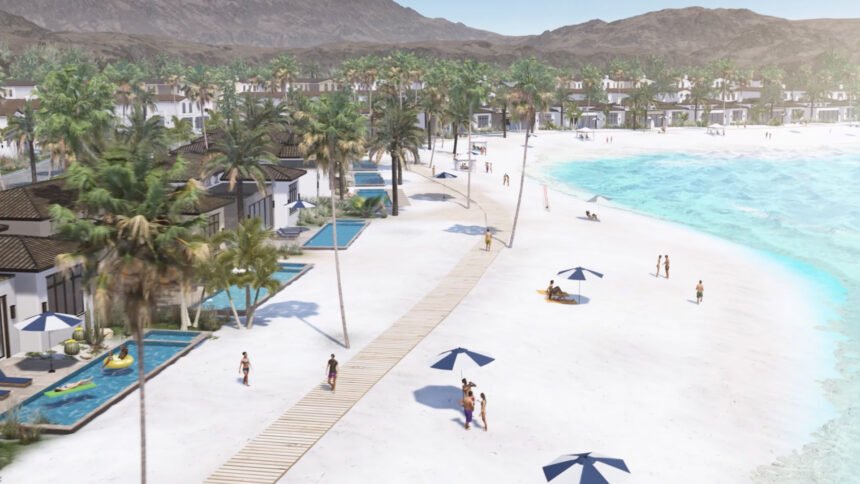 The $750 million development will be built at a currently empty plot of land along Avenue 66 east of Tyler Street, a little north of Desert Mirage High School.

"I want to thank the community advocates and all involved in this project for getting us all to this point," said Supervisor Perez. "This is unprecedented. This has never been done before in the County of Riverside. With our concerns for affordable housing needs, clean water, lack of infrastructure and basic amenities, we have to establish partnerships and relationships to advance improvements. This project is innovative and a quite exciting plan for developing a portion of the Kohl Ranch, while bringing significant community benefits for the Thermal community and the eastern Coachella Valley."

The developer is planning to build 326 dwelling units, including a 22-acre lagoon with wave‑making technology for surfing and water recreation, and 34,400 square feet of clubhouse buildings, that include a restaurant and bar.

Memberships will span from $175,000 to $1 million, according to the project's website.

During Tuesday's Supervisor meeting, a representative for the developer the developer representative said that the builder will invest approximately $4 million to extend infrastructure in the surrounding area, including paved roads along Polk Street, and extensions of water, electrical, and gas lines.

There was some outcry from Thermal residents over the project. One group, "ECV No Se Vende" voiced opposition to building a luxury project in an area that has struggled with air, land, and water pollution.

In response to concerns from residents, the developer agreed to fund more community benefits, including a commitment "in writing'' to help develop affordable housing near the project, according to Perez's office

The developer also put forth a "community benefit fund" totaling $749,800. This would go towards particular community needs, such as clean drinking water or building a new park.

District 4 Supervisor Manuel Perez further highlighted some of the additional benefits the project will bring to the community of Thermal and the region.

"An unprecedented contribution towards clean water and park development, investment into extending infrastructure, efforts to develop affordable housing, and job creation, economic development and tax revenue that are critically needed for economic recovery and meeting community needs in the eastern Coachella Valley," a news release from Perez's office.

The developer estimates that the project will create approximately 1,000 to 2,000 construction jobs and 200-400 permanent jobs. The developer pledged to hire and buy local as feasible.

As "ECV No SE Vende" mentioned, Project plans previously came before the Board of Supervisors in December. The vote was punted to a future meeting while the developer beckoned more community input. according to Perez, representatives of the developer have held over 40 meetings since then.