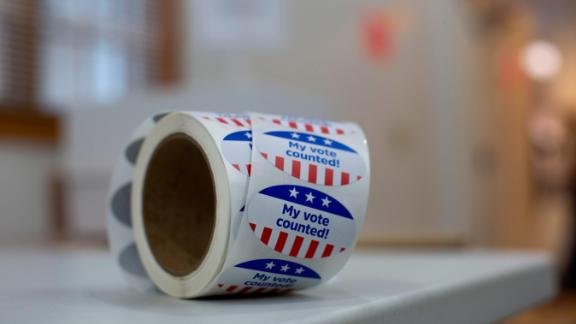 The company that provides the vote counting machines and software being used in Riverside County is making headlines around the country.

Dominion Voting Systems technology is also being in a number of other states, including Michigan and Georgia, where incidents described as "glitches" are raising questions about the accuracy of vote counting.

"We are looking at accuracy. Yes, speed is great, but you have to ensure that everything we produce is accurate, especially the results," said Art Tinoco, Assistant Registrar of Voters for Riverside County.

Tinoco tells News Channel 3 there are no problems reported with the county's high speed ballot scanners during this election cycle.

We asked about accuracy and reliability of the systems, after valley republican congressional candidate Erin Cruz also brought up election integrity concerns in a Facebook post.

Cruz's post, referencing Riverside County, reads in part, "Forensic analysis needs to be done to ensure GA style 'glitches' and changes were not made to the votes people casted".

We asked State Senator Melendez to comment further on camera regarding her concerns with Dominion Voting Systems.

Both were not available.

Cruz says there are other issues not directly related to machines.

The republican says "roughly 60" voters told her they experienced a range of problems either with ballots or while trying to vote.

She says some were first told they couldn't vote in person because they had already voted electronically, with voters contending that was not the case.

"When you hear these stories over and over and over again, with variances, you have to wonder where are the weaknesses in the system, and why haven't they been fixed," said Cruz.

Tinoco says vote processing in Riverside County is quote "completely transparent" and says the public is invited to tour the vote counting site in Riverside, and to watch ballot processing.

"Once you start looking at the processes you really get to understand what our office truly does," said Tinoco.

News Channel 3 reached out to a representative for Dominion Voting Systems, asking for a response to the post from State Senator Melendez.

The company has not responded to our request.