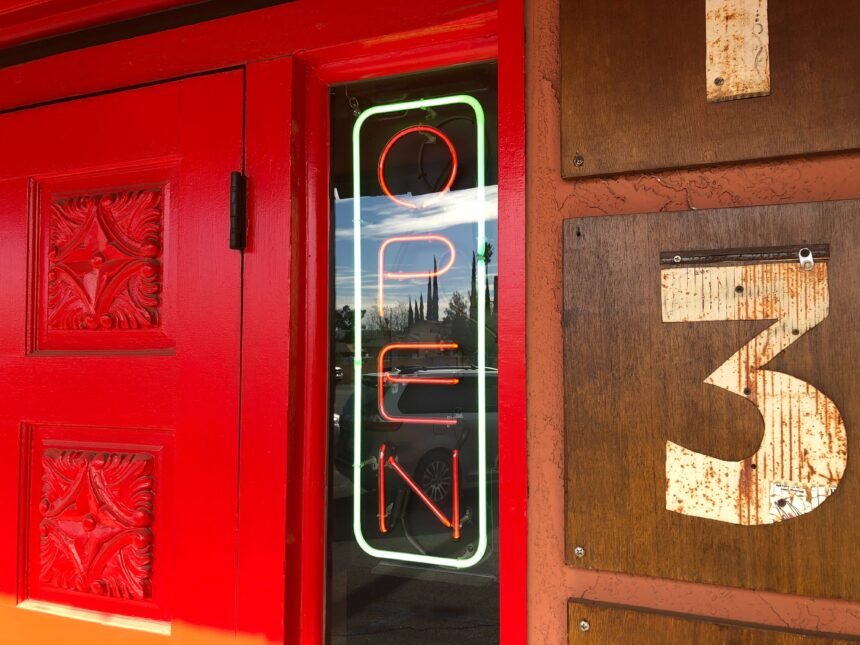 Diego Rose puts the finishing touches on a sign welcoming customers to his restaurant in Beaumont, Marla's Cocina and Cantina.

The restaurant and the bar are open for business as usual.

"The unintended consequences of all of this is probably going to be far worse than the safety gains made by all the decisions," said Rose.

Telling News Channel 3 he is a former ICU and ER nurse, the restaurant owner, along with his wife believe the stay-at-home order issued by Governor Newsom and state health officials is an "overreaction" and "unnecessary".

"The viruses exist within our communities everyday. They are in every ICU, every ER, around every town, around every nook and cranny that we live in," said Rose.

After buying the place three years ago, Rose says his business is struggling financially like most eateries in the state.

One in three tell the California Restaurant Association they will either close permanently or downsize by closing some locations.

Rose says several police officers from the Beaumont Police Department have come by the restaurant after receiving complaints.

So far he has not received a citation from the department.

However, Rose recently received a warning from Alcohol Beverage Control informing him he is operating in violation of the governor's order.

News Channel 3 asked if Rose was concerned about losing his liquor license.

"Yes, the repercussions of our actions are a concern," said Rose.

A message Rose painted on a wall in his parking lot in April reads in part, "Our rights don't end where your fears begin".

People who spoke with News Channel 3 have mixed views on the restaurant owner defying the state ban.

"People are dropping dead everyday so I don't think it's safe to have people indoors which I see a lot," said Desert Hot Springs resident Kathryn Schmid.

"I'm glad they're open. A lot of these businesses are going to lose their business if they have to close," said Beaumont resident James Grigsby.

The Public Information Officer for Riverside County did not respond to our request for comment.

Neither did the media relations representative for the Beaumont Police Department.

A representative for the California Department of Public Health provided a written statement to News Channel 3.

"While outdoor is safer than indoor dining, limiting mixing including at restaurants is the safest thing we can do. With case rates what they are and ICUs at capacity, we need to encourage behavior that keeps people at home."