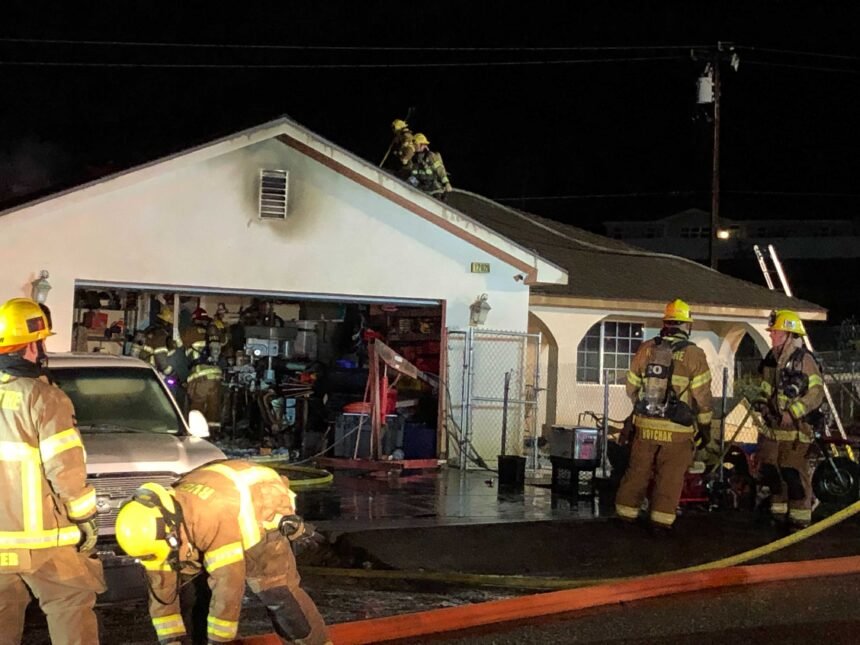 Five adults and one child were displaced from a house in Coachella Tuesday morning after an early morning fire ripped through the home.

Around 4:20 a.m., firefighters were called to the 52000 block of Calle
Techa, near Avenue 52, according to the Riverside County Fire Department. Upon arrival, officials said they found smoke coming from the roof of the home.

The flames were contained about half an hour later, at about 4:55 a.m., the department said.

The Red Cross was called to help the victims. No injuries were reported, and the cause of the fire is under investigation.

Stay with News Channel 3 for updates on this fire investigation.