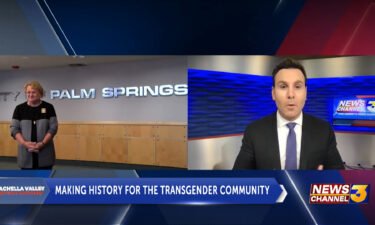 Over three days of testimony last week, prosecutors conveyed to jurors a pay-to-play scheme by Parnas and his co-conspirators to exchange campaign donations for political capital they’d hoped to cash in for cannabis industry licenses.

And despite having little money of his own, Parnas attempted to garner influence and status in circles of prominent GOP figures taking “credit for large political donations when in reality it was never his money to give.”

Parnas faces charges related to two alleged campaign finance schemes. In one, prosecutors say Parnas and another Giuliani associate, Igor Fruman — who has pleaded guilty — conspired in 2018 to skirt campaign contribution limits and falsely report contributions to the Federal Election Commission by concealing the donations through a company prosecutors say was a front for political dealings.

Andrey Kukushkin, who is also on trial, allegedly conspired and aided Parnas in coordinating straw donations on behalf of his Russian financial backer to gain favor with politicians in states with a legal marijuana industry, prosecutors say.

“These men shoveled thousands and thousands of dollars of foreign money to US politicians, laughing about how they were breaking the law along the way,” Flodr said.

Texas Rep. Pete Sessions’ former chief of staff is expected to testify Monday to donations Parnas and Fruman made to Sessions’ campaign. A top fundraising official for the pro-Trump America First Action Super PAC Joseph Ahearn is also expected to testify to interactions with the men and a $325,000 donation at issue for Parnas since a 2018 Federal Elections Commission complaint.

The trial continues nearly two years to the day when Parnas and Fruman were arrested at a Washington-area airport as they were boarding a flight to Vienna. The arrest came amid the House Democrats’ investigation — and eventual impeachment trial — of then-President Donald Trump and launched two unknown Florida businessmen with shaky track records onto the global stage.

Attorneys per an agreement won’t discuss Parnas’ life crisscrossing Europe with Rudy Giuliani to compile what he claimed to be damaging information on then-presidential-candidate Joe Biden and his son Hunter, but there’s been no shortage of references to Trump and his personal attorney.

Prosecutors have shown jurors several photos of Parnas and Fruman grinning next to Trump, Giuliani and other high-profile GOP figures like Ivanka Trump and Jared Kushner, and Florida Republican Gov. Ron DeSantis.

Nevada politician Adam Laxalt, who ran a failed gubernatorial bid in 2018 and is now running for US Senate, first met Parnas via an introduction from Giuliani on a smoke-filled balcony during an event at the Trump International Hotel in Washington, DC, he testified Friday.

Parnas was quick to offer help fundraising in the last weeks of the campaign, a commitment he fell short on, according to Laxalt. Laxalt admitted to “bombarding” Parnas for money despite thinking Parnas was a “clownish guy with a gold chain.”

Laxalt said he felt Parnas was an “odd character” who was only around for the photos, but continued to push the Ukrainian businessman for money because his close-personal friend DeSantis vouched for Parnas and Fruman as well-known donors in Florida.

The two never discussed political assistance with a cannabis venture, according to Laxalt.

As a candidate running against the expansion of recreational marijuana in Nevada, Laxalt said he was the wrong guy to ask.

Laxalt recounted setting up a dinner with Parnas at an “old mob joint” in Las Vegas that fall. Nevada politician Wes Duncan, who lost his attorney general race that year and also testified in the trial, attended the dinner.

Both Laxalt and Duncan accepted donations from Fruman via Parnas that tied to charges in the case. The politicians ultimately returned the money when it was flagged suspicious.

Parnas’ attorney has chalked up the FEC violations as honest mistakes by Parnas who he says isn’t well-educated nor an expert on complex campaign finance regulations.

Laxalt testified that he recognized Fruman’s face in a photo of the two with Parnas at a campaign event, but couldn’t remember his name and didn’t remember speaking to him at any point. He also said he recognized Kukushkin in a photo as someone who hung around Parnas but didn’t know him either.

Oetken did not permit a line of questioning about Laxalt’s current pursuit of a US Senate seat. No questions were asked about Laxalt’s role as a campaign chair for Trump in Nevada nor his efforts to discredit election results in Trump’s loss in Nevada.

Prosecutors argue that Parnas with Fruman created a fake company Global Energy Producers to funnel political donations through, including the $325,000 to America First Action.

Van Rensburg testified during cross examination that she recalled telling the FBI in 2019 that she saw the men do what looked like legitimate energy business. Van Rensburg will continue on the stand Monday.

Bondy would not confirm to the court whether Parnas will testify on his own behalf.

Attorneys for Kukushkin said they do not plan to call any witnesses in their defense case.

They’ve declined to cross examine several witnesses so far, and attorney Gerald Lefcourt told jurors in his opening statement that Kukushkin is a just a low-level bussinessman wrongfully caught up in this case — pointing to Fruman and the Russian “tycoon” for executing the campaign donations scheme.