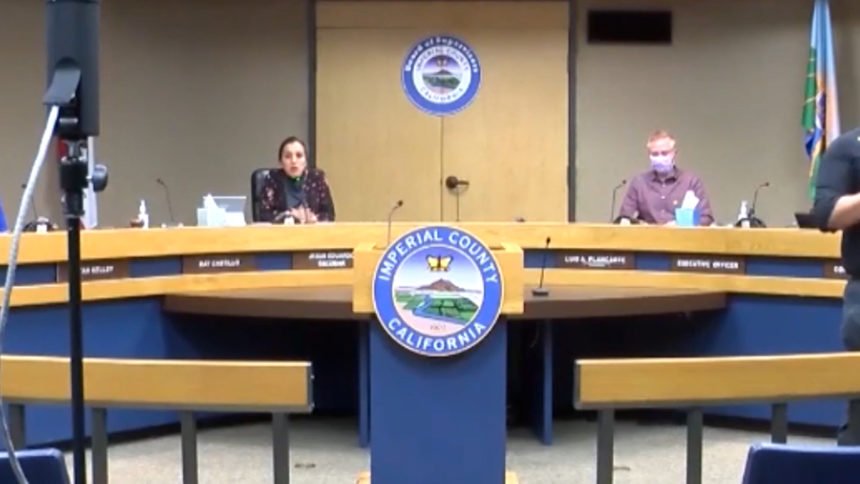 The Imperial County Board of Supervisors held an emergency meeting and press conference Friday evening to discuss Governor Newsom's recommendation to the county to reinstate the stay-at-home orders.

During Friday's address, Governor Gavin Newsom said the state was recommending that Imperial County reinstate its stay at home order, the first county to have to do so, due to high positivity rate and hospitalization.

Imperial County hospitals reached capacity last month, according to officials, and many patients have been moved to nearby Riverside County. A total of 500 patients have been sent to other county but Newsom said this has not been enough.

The Imperial County Board of Supervisors mentioned that the county has had a stay-at-home in effect since March 31, as well as a mandatory face covering order.

An Imperial County spokesperson said that at this there are no changes that have been decided, but the county will continue to meet with representatives from the governor's office to see what the best path going forward will be.